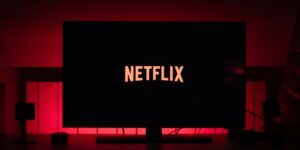 According to reports, Netflix plans to build out its gaming team in the coming months to be able to start offering games for streaming within the next year.

Netflix isn’t exactly inexperienced in the area and previously developed games based on its popular shows.

The company has hired Mike Verdu as vice president of game development.  From 2017 to 2018, he was the head of EA Mobile and oversaw the studios that worked on Star Wars: Galaxy of Heroes, SimCity BuildIt, Plants vs. Zombies and Sims Free Play.

The streaming giant reportedly has no plans to charge extra for game access, though it’s unclear if the additional content will lead to a future price hike.

Netflix looks to be expanding into a new market with a foray into games.

Netflix working on its own gaming platform ? which may never be available on the App Store

According to Bloomberg, Netflix is working on its own gaming platform. However, the availability on Apple’s platforms seems unlikely.

Netflix is making video games, so let’s baselessly speculate about what they’ll be

The streamer is apparently interested in expanding out into gaming spaces, for some reason