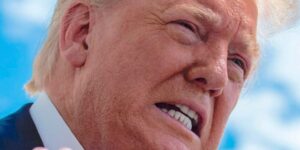 Former President Donald Trump took the opportunity on Father’s Day this year to hit out at his critics, penning a scathing message insulting his political opponents.

Donald Trump Jr. also sent out an email appealing for donations titled “My father is asking about you.” The rest of the Trump family also did not miss the opportunity this Father’s Day to get some campaigning done. The former President has used Father‘s Day several times in the past to launch a salvo at his opponents, including Sen. Mitt Romney and Rep. Liz Cheney, often using the term “Republican-in-name-only” to criticize Republicans like Romney and Cheney.

Happy Father’s Day to all, including the Radical Left, RINOs [Republicans in name only], and other Losers of the world,

This is not the first time Trump decided to include an insult in his Father’s Day well-wishes. He did so in 2019 too, blasting his “vicious critics.”

On Father?s Day on June 20, Ex-US President Donald Trump posted a small but notably bizarre message aimed at his political rivals and labelled them ‘losers.’

Donald Trump’s insult-riddled Father’s Day statement has been described as “disgusting” and “malevolent”.

Trump mocked for wishing ?happy Father?s Day? to all the ?losers of the world?

Trump mocked for wishing ?happy Father?s Day? to all the ?losers of the world? –