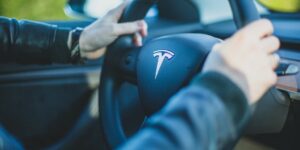 Tesla announced they are moving to Texas, and Austin has become a decent competitive alternative to California with a critical mass of technical folks and lower taxes.  However, Texas is also an extremely conservative state, joined at the hip to the petrochemical industry, and not a fan of electric cars.  More importantly, the state has recently passed a series of laws that appear to significantly aggravate the U.S. liberal population that outbuy conservatives with Teslas significantly. Tesla’s existing customer base is primarily liberal, and their movement to boycott Texas is expanding.

This move comes right when almost every other car company is bringing credible competitive offerings to market, making Musk’s move a potentially substantial early Christmas present to these other companies as liberal Tesla buyers now begin to abandon Tesla because it doesn’t seem to support liberal ideas like not mistreating employees.  (Granted, Musk has gone off the rails in the past on this issue).

Musk, in many ways, reminds me of Steve Jobs, who was genuinely brilliant, but in issues that had to do with ethics, and people seemed to be often pretty clueless.

Tesla going to Texas is nuts

Texas is the state that has promised to boycott companies that don’t support the oil industry, and unless Tesla is planning on building a gas-powered car, you’d think it would qualify.  Texas is also working on a bill that would ban Tesla from servicing its cars in the State, making it interesting for the Tesla staff that drives, oh, I don’t know, Teslas.  Maybe this move will stop that proposal from making it to a bill, but Texas is hardly a fan of electric cars, given they are planning to penalize Tesla drivers for driving Teslas.

Knowing how wedded Texas is to oil (it is the State’s most significant Industry), you’d think Musk would want to pick a state that maybe was a little more electricity favorable. Due to poor cold weather preparedness during their last power outage, they blamed their fledgling renewable energy industry.  And Tesla isn’t part of the protected natural gas Industry in Texas. They are part of the renewable energy industry under attack by Texas.

I certainly get that Musk is frustrated with California.  Musk wanted to continue to put Tesla employees at risk during the Covid outbreak, and a local health official stepped in and said no.  Texas is far more willing to put workers at risk to preserve corporate profits, and I get that, but that doesn’t play well either for the typical liberal Tesla buyer.

The move, which puts money in front of everything else, would play well to a conservative audience of which Texas is a significant part but, again, conservatives don’t buy Tesla cars. Liberals do.  There are already efforts to boycott Tesla resulting from past Musk decisions; this move could be the biggest one yet.

Up until now, Tesla hasn’t had much competition. Only a handful of carmakers have brought out electric cars, which generally underperformed Tesla’s because most were learning platforms for the carmakers.  But we are just short of most European and U.S. carmakers making a significant run at the segment with high-performance offerings coming from Audi and a breadth of compelling offerings coming from GM and Ford.  The Mustang Mach e has sold out, and GM sold out all of next year’s production of Cadillac Lyriq cars, and the fit and finish of the new Audi high-performance electric put any Tesla to shame.

If those cars are selling out sight unseen, imagine what will happen when they hit the market? It’s an odd time to massively piss off your installed base, which is likely considering these alternatives much like they did the earlier Porsche Taycan.

I’ve seen a lot of foolish moves, but typically, when you are about to receive a massive wave of compelling competitive offerings in the market, you want to embrace and love your customer base, not kick them in the butt and spit in their faces. Yet that is what Musk did with his announcement this week. While he has gotten away with doing crazy things in the past, this maneuver places him in a state that hates his product and his customer base. Maybe this is the final straw, and the camel isn’t at all happy.

What Do You Need To Know About Smart-Integrated Enterprise