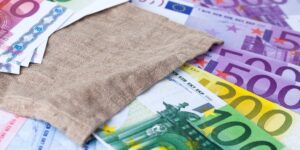 Austrian police discovered a body of 89-year-old woman who died of dementia over a year ago.

Her son, 66, kept her body in the cellar to guard against the smell.

The man pocketed $59,000 since June 2020 from the payments, police say. The suspect would get his mum’s benefits by post every month, but a new postman recently asked to see the beneficiary, and when the son refused, he reported it to the authorities.

He is accused of benefit fraud and hiding a corpse.

An autopsy ruled out that he had killed his mother, who is believed to have suffered from dementia, in June last year.

A TWISTED man mummified the body of his dead 89-year-old mother in cat litter so he could continue claiming her benefits. Austrian cops were horrified to discover the depraved son had kept his mum&?

The suspect is said to have “mummified” the corpse in order to continue receiving her pension.

Top 5 Tools To Integrate With Snowflake