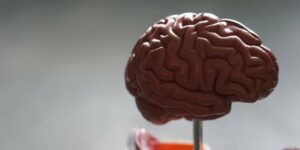 The findings are still on its preliminary stages as these have not been peer-review yet. However, some suggest significant connections between the virus and the brain.

Initial findings on survivors from Greece and Argentina found that older adults who have recovered from COVID-19 often suffer persistent cognitive impairment, including long-term lack of smell.

Some individuals who had tested positive in the past still struggled with forgetfulness for at least 3 to 6 months after recovering, and 1 in 4 had other cognitive challenges, such as difficulty with speech.

According to the senior director of Alzheimer’s Association “COVID-19 triggers a massive release of inflammatory signals that can lead to blood-brain barrier dysfunction, which can promote neuroinflammation and brain cell death.”

Other research discovered that the biological markers of brain injury, brain inflammation and Alzheimer’s disease correlate strongly with the presence of neurological symptoms in COVID-19 patients.

A recent survey conducted in the United Kingdom revealed that approximately one in every five experiences prolonged coronavirus disease 2019 (COVID-19) symptoms five weeks post-infection. Also, one in seven people reported persistent symptoms even after twelve weeks.

Research presented at the Alzheimer?s Association International Conference (AAIC) 2021 found associations between COVID-19 and persistent cognitive deficits, including the pathology and symptoms of Alzheimer disease.

Long Covid can cause memory problems. Does it raise Alzheimer’s risk?

New research shows how the coronavirus continues to affect the brain, even long after the virus is gone.

Coca-Cola is changing its Coke Zero recipe; People are worried