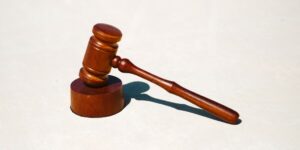 Spavor and another Canadian were detained in China in what critics labeled “hostage politics” after Huawei executive’s arrest.

A Canadian court will hear final arguments in the next few weeks over whether to hand over the executive, Meng Wanzhou, to face U.S. criminal charges in connection with possible violations of trade sanctions on Iran.

On Tuesday, another Chinese court rejected the appeal of a third Canadian whose prison term in a drug case was abruptly increased to death following Huawei executive’s arrest.

The Huawei case is one of a series of conflicts between Beijing and other governments over China’s technology ambitions, human rights in Hong Kong, Xinjiang and Tibet and territorial claims in the South China and East China Seas.

China has imposed restrictions on imports of canola seed oil, wine and other products from Canada and other Western countries, including Australia and New Zealand.

A Chinese court has sentenced Canadian businessman Michael Spavor to 11 years in prison for espionage, more than two years after he was first detained.

Canada’s Prime Minister Justin Trudeau said a Chinese court’s sentencing of Canadian businessman Michael Spavor to 11 years in prison for espionage on Wednesday was “absolutely unacceptable” and called for his immediate release.

The verdict comes as an extradition battle in Canada for Huawei executive Meng Wanzhou continues.