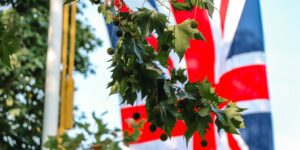 Prince William ‘personally intervened’ to get the family of an Afghan officer he knew from Sandhurst out of Kabul, according to reports.

The royal is said to have asked his equerry, Naval officer Rob Dixon, to make calls on his behalf.

The officer managed to get his family on to a flight back to the UK, it has been reported.

Foreign Secretary Dominic Raab admitted he did not know how many Brits or Afghans potentially eligible to be airlifted out were still in Afghanistan.

Prime Minister Boris Johnson was quizzed after his Foreign Secretary admitted he does not know about how many Britons were left behind.

THE DUKE of Cambridge personally intervened to make sure an Afghan officer and his family were able to board a flight from Kabul to Britain. Prince William, 39, heard about the plight of the former?

Ben Slater, a former member of the Royal Military Police, has been trying to evacuate 400 Afghans and was reportedly arrested by the Taliban and thrown in prison.

PRINCE Harry may have been dealt a huge blow after his brother William’s Afghanistan heroics were revealed.