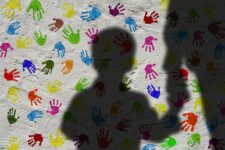 Poland’s Catholic Church lists 292 clergymen who are alleged to have abused over 300 boys and girls from 1958 through 2020. The cases were reported to church authorities from mid-2018 until the end of 2020.

At an online conference in Warsaw, the head of Poland’s Catholic Church, Archbishop Wojciech Polak, apologized to the victims and asked their forgiveness.

The report comes as the Vatican investigates signals of abuse and of a lack of reaction by church leaders in Poland, a predominantly Catholic nation where the clergy enjoy special esteem.

The church has long enjoyed special respect in the nation due to its historic role in preserving Poland’s national identity during periods of foreign occupation and rule, and during the decades of communist rule that ended in 1989.

However, the church has recently seen some young Poles turn away from it due to anger over the view that the Church has done too little to fight clerical abuse, including a recent tightening of a restrictive law on abortion laws and support for the right-wing government and its policies, including tightening of restrictive laws on abortion and the right-wing of the church.

In its latest report on the sexual abuse of minors, Poland’s Catholic Church lists 292 clergymen who allegedly abused over 300 boys and girls from 1958 though 2020

WARSAW, Poland (AP) ? Poland?s state commission for fighting sex abuse of minors said Thursday it has asked the Vatican for data on abuse by the clergy in Poland because Poland?s church is not providing the requested information.

The changes are the biggest overhaul of the Roman Catholic Church code in nearly 40 years.

Dragon Man skull has nothing to do with dragons