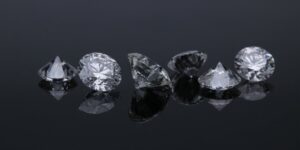 Warning: Invalid argument supplied for foreach() in /var/www/tgdaily.com/wp-content/plugins/sishemi-gutenberg-blocks-v.0.2/src/block/posts/post-schema/server.php on line 46

She posed as a gemologist who is working for a wealthy Russian investor, to examine the stones.

The stones were to remain with the store until the jeweller had been paid.

After inspecting the gems, Lakatos put the locked bag of gems into her purse, which was immediately caught and “challenged” by Boodles’ gemologist.

In reality, she swapped the bag with a duplicate that contained seven pebbles of the same weight as the stones, police said.

The theft was the highest-value offence of its kind ever committed in the U.K. Prosecutors at Lakatos’ trial say the theft was not recovered.

The 60-year-old, from the Saint Brieuc region of France, was found guilty of conspiracy to steal on Wednesday and was sentenced to five years and six months in jail in the UK on Wednesday.

An investigation into the theft is still ongoing. Two men involved have been convicted in the theft of Lakatos’ previous conviction.

A 60-year-old French woman who posed as a diamond expert entered a luxury London jewelers and stole seven precious gems in an elaborate daylight heist has been jailed for five and a half years, police have said.

How Romanian thief, 60, almost got away with £4.2m diamond heist

Lulu Lakatos faces five-and-a-half years in a British jail after she was convicted of being a fake gemmologist known as Anna who pulled off the audacious theft right under the nose of Boodles’ boss.

Why Hiring a Software Development Company is Beneficial These Days

Getting a Mobile Phone Number and SIM Card in the UK