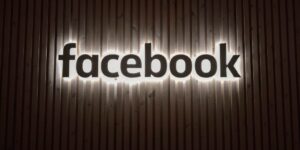 FTC refiled the claim in June, saying that the agency didn’t properly identify how Facebook held an illegal monopoly over the personal social networking space.

The FTC was tasked with rewriting the complaint under the agency’s new chair, Lina Khan, a fierce critic of the tech industry.

In July, Facebook requested that Khan be blocked from handling the FTC’s antitrust investigations into the company based on her public criticism of its market power.

In a tandem case brought against Facebook in the same court by 48 attorneys general, the states said they were barred from bringing their lawsuit because they waited too long to file their claims.

In turn, the lawsuits said, the company should be required to divest either company, or both. The states filed a notice indicating their intent to appeal the appeal to the U.S. Court of Appeals for the District of D.C. Judge Boasberg also ruled in Facebook’s decision to dismiss the states’ s suit.

The two cases are among a handful of closely watched antitrust litigations that also include Google and Apple among other Big Tech firms that also have brought against Big Tech companies.

The FTC has refiled its antitrust lawsuit against Facebook, arguing that no other social media company “remotely approaches Facebook?s scale.”

Tesla will launch humanoid robot for ‘boring, repetitive and dangerous’ work next year