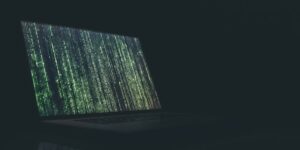 The NSO Group’s Pegasus software is at the center of a growing storm after a list of about 50,000 potential surveillance targets was leaked to rights groups.

Hungary, Israel and Algeria probe allegations that Israeli-made spyware was used on journalists, rights activists and 14 heads of state.

NSO insists its software is only intended for use in fighting terrorism and other crimes, and that it exports to 45 countries, with approval from Israeli government.

Saudi Arabia and the United Arab Emirates dismiss allegations of their involvement, saying allegations are “categorically false” and “have no evidentiary basis.”

The software is able to switch on a phone’s camera or microphone and harvest its data, according to Amnesty International and the U.S. rights groups say it is a weapon of choice for repressive governments seeking to silence journalists, attack activists and to silence dissenters and crush dissent.

The scandal is drawing in countries from Saudi Arabia to Morocco, India and a host of other emerging economies, including Morocco, Iran and the UAE. The U.N. authorities have also dismissed allegations of its involvement in the allegations. The Israeli government has set up a commission to review the software

The Guardian view on Pegasus spyware: the export of self-censorship | Editorial

Editorial: Global rules are needed to govern the proliferation of these weapons of mass repression

Spyware for sale: The booming trade in surveillance tech

Israel’s NSO Group is in the eye of a storm over its Pegasus software, but is far from the only company helping governments with covert operations

The first recorded Chimpanzee Attacks on Gorillas were observed by researchers