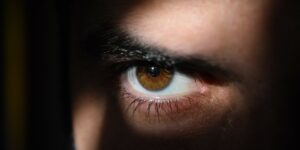 David Smith, 57,  worked at the British embassy in Berlin. He is alleged to have passed documents to Russian intelligence for money.

Met Police commissioner Dame Cressida Dick said the police had been working closely with German authorities. She said: “If this person is charged, we will support any trial, wherever that may be.”

Smith’s home and workplace have been searched and he appeared before a judge on Wednesday. He was ordered to remain under arrest pending further inquiries.

The case is a reminder that old-fashioned spying has not gone out of fashion.

Arrest of David Smith, 57, on suspicion of spying for Russia prompts calls for review of embassy contractors

Why nothing in the case of the arrest of a man at the British Embassy in Berlin should surprise us.

David S. suspected of sending documents to Russian intelligence; security specialist: ‘A reminder of how much effort Russians put into trying to find out what West is up to’

Hacker behind Poly Network crypto heist did it ‘for fun’