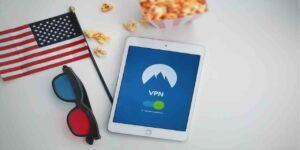 The Democratic National Convention is one of the most significant tests of streaming capability we have so far seen for a political event.  Most of the reviews I’ve seen, as well as my own experience, suggest this format is far more engaging to a broader audience than their past in-person events have been. While there were several things they did right, there were also parts that could have used improvement.

One thing that is critical to an event this size is to use a platform that can handle mass streaming; rather than trying to cook this entirely themselves, it appears the DNC (Democratic National Convention) used YouTube, which handled the traffic with little or no problem.

They also used professional actors as moderators.  This use of professionals is the best practice because actors are used to working in front of cameras with scripts, and they can not only outperform their untrained peers. They can assist with staging and prep.  The actor/moderators were not only known; they kept the energy up and the gaffs down.

They kept the formal presentations short and broke them up with entertainment.  This practice allowed them to keep the content interesting and the eyes on the screen, while the musical interludes provided break time for commentary should someone be watching the event through a news service and not the primary DNC feed.

Finally, people were rehearsed and prepared to talk; they didn’t try, for the most part, to wing it on camera, which often leads to time management and content issues.

The DNC stream was also fed to the news services, but this allowed them to disrupt the stream with commentary.  These news services often broke into the event with opinions disrupting the message the DNC wanted to convey and causing those watching for missing critical elements.  Coordination with the news services to provide for longer or more timely breaks to avoid this problem would better assure the message the presenting entity wants to convey gets conveyed without unnecessary interruption.   Problematic is that many don’t know how to watch YouTube on their TVs and thus were pushed to the networks for coverage.  Part of the prep for the event should have been instructions on how to watch the uninterrupted version on their TVs (most modern TVs and third-party set-top boxes will connect to YouTube).

There was no apparent forum for the audience to engage with the event.  People, when watching TV events, often spend a lot of their time distracted on their smartphones.  If those same people were able to use an app to chat with each other on what they were seeing, it would have added to engagement.  This application would be an ideal use of a Social Media platform if they were more trusted than they currently are.  This app could have also been used to offset the applause problem.  The forum allows the event and election staff to learn what is resonating and what isn’t and use that to both change up the subsequent day’s schedule and refine their election messaging approach.  They missed a significant opportunity to capture date from their audience.  They should have also qualified the audience as much as possible (active donors get priority), so they could mitigate problems with foreign governments, hostile political operatives, or trolls trying to compromise the data.

We still don’t have the right solution for applause, and it is degrading most audience based on-line content right now.  For programming, you can use canned applause, but that is likely way too risky for a political event.  The responses from the steamed audience came across as low volume and low energy.  I think the right solution for this is to COVID test around 100 people, have them wear masks and socially-distance, but also put them in a microphoned room so when they applaud, it sounds like a lot of people, and they are real people.

The 2020 DNC convention is the first at this scale ever attempted during a primary.  By being the first, it sets the bar, and an impressively high one, for future events.  However, the things they didn’t do well set up the RNC (Republican National Convention) to do better.  Historically, the Republicans haven’t been that good at learning from their opponent’s mistakes, so this may not hamper Democratic election chances.  But I’m a big believer in going second for events like this so that you can both learn and respond to the group that goes first.

Granted, knowing that your opponent doesn’t learn creates an opportunity to the point that out which, in and of itself, could become ammunition during an election.  The contest for the hearts and minds of the US is now officially started; technology will play a significant role, let’s see who gets it the most right.  The DNC started strong, can the RNC do better?