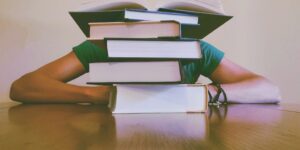 Nootropics are smart drugs comprised of chemicals designed to improve mental and physical performance. These substances may be simple supplements like acetyl l-carnitine and tyrosine or prescriptions drugs targeting ADHD and sleep disorders. The prescriptions are often used as performance enhancers by students and some working professionals.

What are some of the different options available?

One of the most popular pharmaceutical nootropics, Modafinil, was originally designed to treat narcolepsy and other related sleep disorders. Modafinil reportedly provides you with exceptional focus and productivity, a sharp increase in dopamine and better performance from higher cognitive functions like decision making and planning.

Ampakines, another smart drug, was officially released to treat Alzheimer’s. Adderall and Ritalin, other popular options, are actually designed to help treat ADD and ADHD. Slate.com reports that up to one-third of all US university students have faked symptoms in order to obtain ADHD medications from a physician.

How reliable is this?

Experts contend that the clinical studies for many of these pharmaceuticals typically target a specific segment or group so the results may not be applicable to the broader population. In addition, the effects of prolonged use of the medications in a non-prescribed way have not been sufficiently researched either. There’s also some risk associated with obtaining the products from online suppliers.

These substances may impair performance for some people. A psychology professor at the University of Oxford claims that the individuals who benefit the most from these products already have a relatively poor attention and working memory at baseline. Individuals who already have excellent attention skills and working memory seem to have their task performance impaired by the prescriptions.

How risky is this?

Modafinil doesn’t pose any short-term risks but the long-term effects have not been studied yet. Ritalin and Adderall can be described as low-grade amphetamines, so for people without ADHD or other warranting conditions, the smart drugs could prove to be quite damaging. Smart supplements and vitamins are typically viewed as safer alternatives.

You should test all of these smart substances and take them in moderation. Many say the additional alertness these substances provide you with is synonymous to caffeine. According to Scientific American, modafinil significantly enhances your cognition and boosts brain power. Research has shown that the drug improves your higher-order cognitive function and with no serious side effects.

Modafinil increases alertness like caffeine and has been prescribed for sleep disorders in the US since 1998. In clinical trials, the drug proved to increase accuracy for difficult and complex tasks, exhibiting its effect on executive functions. However, researchers still don’t know if its safe enough for long-term use or if it becomes less effective as the body builds up a tolerance.

The side effects of modafinil that you might experience include stomachaches, headaches and insomnia. People with pre-existing conditions may need to exercise caution and consult a physician before experimenting with these substances. However. for many people, the benefits of performing better at work or school outweigh the potential risks of side-effects.

Researchers have found that for young, developing brains, these substances could affect how the mind develops to new situations and may increase the risk of addictive behaviors. These drugs have proven to be less effective on seniors than they are with younger adults. There’s also been research suggesting these substances are most effective for people with low-to-average intelligence.

Nootropics will more than likely improve your performance at work or school, just be mindful of the potential side effects and any risks associated with prolonged use.