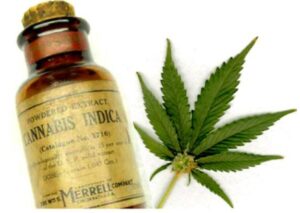 Many people use natural options to treat a wide variety of ailments. Some of these treatments may be relative newcomers to the scene but there is one that has been around for thousands of years, and it comes in the form of a plant that is known as cannabis. It is an herb that grows naturally and it has been used for millennia to treat a wide variety of health conditions.

Most people are familiar with cannabis because of marijuana, which is often in the news. There is a difference between what most people understand as marijuana and the cannabis that is used for medical needs. It comes in the form of a byproduct of the plant, known as trichomes. Marijuana is bred specifically for high levels of those trichomes, as they contain high levels of a chemical known as tetrahydrocannabinol (THC). The chemical gives marijuana its psychoactive abilities, but cannabis is not necessarily grown for that particular reason.

The herb known as cannabis is often used for its oil, which could have a very powerful positive effect on your health. As was stated, it has been used for thousands of years for that purpose, and due to the potency of the oil, it is only necessary to use a small amount to get the desired effect. We will discuss some of the different ways that cannabis oil is used for the benefit of your health in this article.

The Difference between Hemp Oil and Cannabis Oil

One of the first things that should be understood is that there is a difference between hemp oil and cannabis oil. Many people use them interchangeably, but there are differences, and that can change the way that they affect the health of the body.

Hemp oil is the byproduct of pressing hemp seeds, but cannabis oil comes from the Cannabis Sativa plant. They are the same species of plant, but with the Cannabis Sativa plant, only trace amounts of THC are found. Interestingly enough, hemp has also been grown for thousands of years for uses outside of medical treatment as well. It has been used to make fibre for clothing, paper, rope and a variety of other industrial applications.

At one time, the use of cannabis oil was relatively common for medical treatment in the United States and many other countries around the world as well. That changed during the 1930s, however, when marijuana abuse began to be a larger problem that was thrust into the spotlight. Due to a misconception over the differences between cannabis oil and marijuana, it was removed from the shelves and banned. Today, it is being considered as a medical treatment once again.

The use of cannabis oil for medical procedures is quite widespread, and you might be surprised at the number of different treatment options that are available. In many cases, it is used to treat the symptoms of the disease, such as inflammation and pain but there are also some instances in which people have claimed to have been cured through the use of cannabis oil.

Perhaps one of the most common reasons why cannabis oil is used for medical treatments is for the relief of pain. Pain, often associated with inflammation, can be a widespread problem throughout the body and in many cases, it can even be chronic. It may also be involved in some other diseases, including osteoporosis, multiple sclerosis, cancer and cardiovascular disorders.

Another reason why cannabis oil may be used for medical purposes is for the treatment of mental illness, such as schizophrenia. It may also help individuals who have Parkinson’s disease, and there have been some amazing results for the symptoms that disease causes.

Stress and anxiety are also a problem that many people experience, sometimes on an ongoing basis. Rather than looking to a pharmaceutical treatment for anxiety, which may be limited in its abilities, people are turning to cannabis oil. It can have an impact on both your stress chemicals and receptors to produce the effect you desire.

Insomnia is also a problem that many people suffer from regularly. For some people, it is a matter of not being able to fall asleep, but for others, they may fall asleep for a short amount of time and then wake up in the middle of the night, unable to fall asleep again. Cannabis oil may help to calm individuals so that they can get a good night sleep. In a similar way, it may also be effective for people with PTSD.

The effect that cannabis oil has on appetite is well-documented. It can be a benefit for someone who needs to gain weight, perhaps due to an injury or if they are recovering from an ailment. It is possible to both suppress or boost appetite with cannabis oil, so it may also be an effective way to treat obesity.

Cannabis oil is legal in 28 states and Washington DC. That makes it readily available to the majority of the population, although there are still many countries who have yet to legalise it. The pendulum certainly does seem to be swinging in that direction, however, and it may not be long before it is available in most, if not all states in the United States. It is also available in many countries worldwide.

If you are considering cannabis oil use for medical treatment, there are some considerations to keep in mind. First of all, it is possible that you may experience a decrease in memory and concentration and you should not mix cannabis with other medications without prior approval from your doctor.

Like many natural treatments, cannabis comes in various strengths from different strains, not all them being as effective as the other. If you are going to purchase cannabis oil, make sure that you do so through a reputable company that has the proper backing and is lab tested. When you obtain cannabis oil legally, you can enjoy the health benefits with a limited amount of side effects.

What We Were Manipulated To Miss During 2016 About Trump, Clinton, and Government Tech