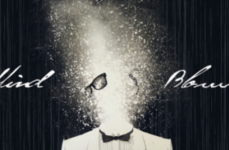 2016 was a rather strange year particularly when it came to the election and tech. Particularly when it came to Clinton’s email and leaks on both candidates the feeling that we were being manipulated just didn’t seem to go away and clearly now there are indications that was the case but, even though the government seemed aware of the attempts, they didn’t seem to actually do much until the election was over leaving me to wonder how much of that manipulation was being done by our own government?

As we close out the year here are some of my observations.

First how the hell do you maintain a rogue email server for 4 years without someone in the NSA, CIA, FBI, or Government IT flagging it as a security breach and shutting it down? All of these agencies were connecting to the Secretary of State yet none flagged or investigated the server. How did they even know it was Clinton at the other end of her emails given her server wasn’t a legitimate trusted server? Makes you kind of wonder how many other rogue servers, possibly owned by hostile governments, are in our network.

Second you only set up a server like this if you don’t trust the organization you work for. So, wasn’t this rogue email server a statement on how much Clinton didn’t trust Obama’s organization and a statement on Obama? If she didn’t trust the organization why didn’t she just have a chat with her boss to have whatever the problem was fixed, why would she bypass him if she trusted him? Yes it was a bad decision by Clinton but it reflected so much more about the administration and US security than we actually spoke of.

The leak on Trump’s off camera comments to a cousin of the Bush brothers, who hated him, didn’t show up in time to prevent Trump from being selected by the Republican party but did show up to damage him in the final election. So why so late, and how many of these “off camera” recordings do NBC have? In theory, in a lot of states, recording someone without their express permission is illegal and these comments were clearly not provided with Trump’s permission.

Were they retained for the possible hope they’d be newsworthy in the future (why weren’t they newsworthy when they were made?), were they leaked intentionally to subvert the law or had they been retained for future Blackmail (given their nature). Was it held back the way it was in a failed attempt to manipulate the election for Clinton? Just think about the timing, it existed for a decade but wasn’t “discovered” until after the primaries yet it would have been just as news worthy months earlier.

It is interesting to note they had little impact on Trump but Billy Bush was fired suggesting there may have been a far bigger back story (seriously have you ever heard of someone being fired for comments made a decade earlier that were improperly taped by their employer?). Given the implications of that release we should have spent far more time on the why of that tape. You might fire someone for trying to use an illegal tape to change the outcome of a Presidential election though (or to distance yourself from him if that were ever discovered).

There has been a lot of focus on Russia hacking the DNC but given Clinton’s email server was less secure than the DNC’s why wasn’t it hacked? And could the information from Clinton’s server have been used to hack the DNC’s? Then there was the dead DNC staffer that some (WikiLeaks) seemed to think leaked the information and why did he die? An impressive number of people have now died around the Clinton’s under unusual circumstances. Maybe all these folks are just really unlucky but damn, that seems incredibly coincidental. And wasn’t the big problem that these folks were cheating during the debates and bad mouthing their big donors behind their backs? Forget illegal, that was just stupid and incredibly inept suggesting that was the more likely cause of the loss. You don’t make fun of folks giving you lots of money particularly in writing.

Trump called out both the F-35 and Air Force one out correctly but these things have been on the books for years so how did they keep getting approved? The F-35 is not only expensive it isn’t even competitive and will be largely obsolete when fully delivered. The next Air Force One is a 747, a plane that was designed in the 1960s and was thought to be obsolete even back then. So why are we spending billions on systems no one seems to want, that are outdated, and weren’t even designed to address current threats? Shouldn’t be instead to focused on weapons that could be useful against ISIS, rather than weapons seemingly designed for the USSR? I seriously think we should rethink and update our entire defense approach because, currently, it is far more likely we’ll be hit by a low-tech weapon, like a terrorist driving a truck or carrying a bomb, or, if hi-tech it will be a cyber-attack against infrastructure. Maybe shifting those billions on weapons systems, we won’t use to solutions that will work against the threats of today would make more sense.

In the end 2016 was a stupid year. Both the Democrats and Republicans looked like the Three Stooges and not in a good way. Neither party seemed to get that folks were upset with the insiders and both tried to drive insider solution. We focused on Clinton’s email server but didn’t ask more questions about why it existed. We had tapes leaked that shouldn’t have existed in the first place. After meddling with elections all over the world we weren’t prepared enough for someone to do it to us and our massively wasteful spending on obsolete technology was so brain dead it was painful to watch.

I get that a lot of folks are worried about Trump, me too actually, but what we have is such a cluster …. that you’d actually have to work to make it worse. Seriously security that’s a joke in the capital and massive internal distrust in the administration, horrid ethics from news organizations that should know better, governments doing the same to us we have done to them, and no fiscal responsibility while making the nation less safe. Worse??? How??

One final thought, given Benghazi happened, wouldn’t you now have a priority to develop something that could rapidly evacuate a diplomatic mission? Basically, an armored VTOL aircraft with 1,000 mile range and decent altitude would do it. How much you want to bet this happens again and we still have no way to get folks out quickly? Apparently DARPA has some ideas, maybe call them up?

What do You need To Know About Cannabis Oil?

4 Things They Don’t Tell you About Starting a Business