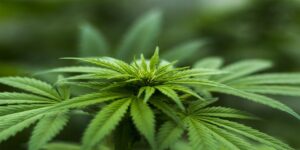 Did you know that marijuana and cannabis-derived products are gaining both popularity and legal status across many parts of North and South America? Drug use is a controversial topic, but as we discovered, it doesn’t have to have negative connotations.

There are a wide variety of drug classes, from opioids (heroin) to stimulants (cocaine) to amphetamine (meth). Some drug classes overlap as the substance can create similar effects to another drug – which is where marijuana and cannabis come in.

First of all, marijuana, cannabis, and hemp are all derived from the same plant species Cannabis Sativa. Under US law, the definitions are obstinately clear. Hemp refers to the variety of cannabis plant that is grown primarily for use in food and clothing. Marijuana/Cannabis is specifically grown as a drug, with an emphasis on enhancing the plant’s natural psychoactive properties.

This is where the classification becomes muddled since marijuana has depressant, stimulant, and hallucinogenic properties. Plus, it’s effects can vary quite dramatically from person to person.

Some people experience high levels of anxiety, whereas others feel incredibly relaxed. Chronic use can cause delusions in some people, which has led to the general public opinion that marijuana leads to mental illness. However, this opinion fails to take into account an individual’s medical or psychiatric history.

Further complicating matters is the fact that there are also two distinct types of marijuana. Tetrahydrocannabinol (THC) and cannabidiol (CBD). Both occur naturally in the plant, and both have exactly the same chemical composition; it’s the structure of the chemicals that changes their name and effect.

THC binds with specific receptors in the brain, called cannabinoid 1 (CB1), to produce the ‘high’ effect. Tetrahydrocannabinol can be medically prescribed depending on state laws to combat chronic pain. However, due to its psychoactive properties, it can lead to side effects such as loss of coordination and memory.

CBD helps relieve the same physical conditions as THC but is seen by many as the ‘safe’ alternative to marijuana since it does not contain any psychoactive properties. In fact, using CBD may even lessen the psychoactive effects of THC. The side effects of CBD are also typically linked with adverse reactions to other drugs and medications, rather than the substance itself.

State and country-specific drug laws are complicated and often contradictory, but here’s a general rundown:

Cannabis is classified under federal law as a Schedule 1 drug, which puts it in the same group as cocaine and heroin. However, 46 states have laws that allow cannabis use for medical purposes. This is because the Controlled Substances Act (CSA) doesn’t differentiate between recreational and medicinal use.

Part of the reason for the vast discrepancy between federal and state law is no doubt due to something CBD company Sabaidee refers to as “an industry filled with no regulations, and no transparency.”

The same is true for Latin America: there is no one organization maintaining quality standards of CBD and THC products. Add to this the often stereotypical public opinion related to drug trafficking, and you can see the problems Latin America faces.

However, there has already been a positive change. Uruguay legalized marijuana in 2013, and Mexico may not be far behind. Drug laws are still in effect in Colombia, but recent changes mean people can get away with possessing very small amounts of marijuana.

As the undeniable medical benefits of CBD continue to grow, governments are finally starting to take notice. Whether the change will come about in every part of the United States remains to be seen, but as we’ve shown, legalization is already happening, so many people believe it may just be a matter of time.

Ways You Can Earn Money From Your Own Home

How Automating Specification Management Can Revolutionize Your Business