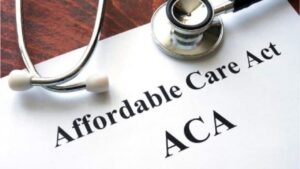 Last year, nearly 1,700,000 people were diagnosed with cancer in the United States. Many cancer patients have benefited from the affordable care act. However, congressional Republicans and newly elected president Trump have pledged to reverse the healthcare law.

What will happen if former President Obama’s signature healthcare law is repealed? What impact will that have on cancer survivors throughout the United States?

Before the Affordable Care Act was passed, cancer survivors were practically never able to get health coverage. They would be routinely denied for having a pre-existing condition, which meant they would have to incur tens of thousands of dollars in debt to treat their conditions.

The American Cancer Society praised the Affordable Care Act after it was first passed. They pointed out that it provided coverage to patients like Kathi Hensen, who would have died without adequate treatment.

Some patients did die because they didn’t get insurance before the Affordable Care was passed. The Herald-Citizen reports that Dan Broderick watched his wife die of cancer, because cancer centers refused to treat her, since she was uninsured.

When Dan Broderick had recently found out that his wife, Sharon, had pancreatic cancer, he started making calls to try to get her medical care. They had lost their insurance after he had become disabled and lost his job, so every medical center he called refused to deal with him.

One cancer center told Broderick that, without insurance, they required $145,000 up front to start his wife’s treatments. He told the receptionist that he did not have that kind of money available.

“She said, ‘Well, you don’t have insurance right? Well, then I guess she’s just going to have to die, isn’t she?’ and she hung up,” Broderick said.

After the Affordable Care Act was passed, many people got health insurance for the first time. Some of them were diagnosed with cancer and were able to get life-saving treatments.

Here are some ways the healthcare law changed life for cancer patients:

Despite the benefits, there were also some shortcomings with the law. While the law barred insurers from discriminating against patients with preexisting conditions, it didn’t force insurers to provide certain types of coverage. They could still:

While these limitations kept some patients from getting the care they needed, the law still was beneficial for many cancer patients. Natoma Canfield, a cancer survivor from Ohio, wrote a letter to President Obama thanking him for providing healthcare coverage that gave her the treatment she needed.

What Will Happen to Patients Without the Affordable Care Act?

More Americans are insisting on universal healthcare to provide treatment for chronically ill patients. Cancer survivors in other countries have a much better prognosis, since they have better access to treatment.

Paul Kraus, the longest living surviving patient of mesothelioma, is an example of the opportunities cancer patients have in countries with universal healthcare. His cancer was very advanced, so doctors gave him little time to live. He was able to overcome mesothelioma with a combination of different treatment modalities and lived to write a book about surviving the disease. Many healthcare experts argue that if Kraus was an indigent man living in the United States, he would likely have died.

If the Affordable Care Act is repealed, the future for cancer patients is uncertain. If Republican leaders are able to put together a suitable replacement, people may still be able to get decent coverage. However, without a replacement, many patients will lose the coverage they need.

House Speaker Paul Ryan and other Republican leaders insist they won’t repeal the Affordable Care Act without providing an alternative healthcare bill. Ryan insisted that a replacement bill would be provided later this year.

However, cancer patients throughout the country are still uneasy. Few details have been released, such as whether the new bill would provide coverage for patients with preexisting conditions and whether are public option would be available to low income cancer survivors. They wonder whether a new healthcare bill will provide the healthcare treatments they need.

Author Bio: Rehan ijaz is a Business graduate, freelance writer and blogger. He loves to write on tech, start-ups, policy and marketing. You can follow his latest posts @ShRehanijaz

Benefits of application development for businesses

15 Foods Which Are Actually Good For Your Teeth & Gums