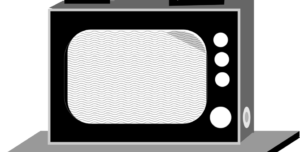 If you’re a parent or teacher, you know that technology has merits for kids. From television, they learn the alphabet. With apps, they gain skills in language and math. The Internet helps with homework.

However, studies show that excessive screen time has adverse outcomes. In this blog, you’ll learn the hazards of kids being glued to the tube, tablets, smartphones, video games, and computers. You’ll also receive screen time guidelines from health authorities. Here’s a look at the effects of “electronic screen syndrome.”

Up through age 3, a child’s brain is highly sensitive to environmental influences. This period of development is when the mind is most impressionable. For neural connections to form normally, a child needs certain stimuli. They must be three-dimensional, like the real world, having height, depth, and width.

Here’s an example highlighting the difference between electronic and real-life learning. When a teacher reads a story to Nicole, the child’s brain must make an effort to process the words, visualize images, and comprehend the story line. When Nicole follows a story on a tablet, the device does the mental work for her. As a result, her thinking skills become weak.

The frontal lobe of the brain is especially impacted by digital exposure. This region interprets and responds to social interaction. It governs emotional control and attention span. Using the frontal lobe, a child learns how to recognize non-verbal cues, such as voice tone and facial expression.

Processing these forms of communication leads to empathy, an important emotional quality in relationships. Compassion grows through interacting with people, not by viewing an electronic device. Without sensitivity, kids become calloused and indifferent to the concerns of others.

Have you ever wondered why electronic devices are so addictive? When a finger swipe instantly produces screen images, our brains release the pleasure hormone dopamine. To maintain the gratification, we keep returning to the stimulus. In this way, hits of dopamine chain us to technology.

A child ends up preferring electronic interaction over human socialization. Screen time addiction can even morph into drug and alcohol dependence later in life.

A child learns more words when speaking with a person than watching TV. They develop speech fluency when the majority of their senses are engaged. For example, when conversing, they see a person’s facial expression, hear their voice, and observe body language. They learn to distinguish the meanings of different voice tones.

Teens may favor texting their peers rather than having conversations. With attention riveted to devices, they tune people out. Or they may be expressive with texting but socially inept in person.

Toddlers stop bonding with their parents, becoming attached to devices instead. Consequently, they’re less responsive and obedient. When gadgets are taken away, they throw tantrums. They don’t know how to self-occupy or play creatively.

Children who see violent acts on TV will likely be aggressive. They also get the impression that the world is frightening, triggering defensiveness. Kids who play violent video games and apps develop belligerent tendencies. They can even become bullies.

On-screen characters often portray other negative attitudes and behaviors that a child will mimic. Among them are impatience, sarcasm, and prejudice.

Being sedentary is linked to obesity. KidsHealth reports that children glued to the tube four hours daily are at risk for being overweight. While watching TV, kids are prone to snacking. It’s no wonder, considering all the food commercials being aired!

Constant exposure to fast-paced technology makes for a wired child. Lifehack advises that 80 percent of children are inaccurately being treated for ADHD, mood disorders, depression, and anxiety. In reality, many of these problems are the result of too much screen time.

Here’s eye-opening research. In 2014, at UCLA, it was found that sixth-graders who took a 5-day break from technology were more adept at reading emotions than those who continued to use media devices.

A 2011 study found that watching more than two hours of TV a day resulted in decreased fitness, reduced self-esteem, and lower academic achievement.

The American Academy of Pediatrics recommends that kids under age 2 have no screen time. The exception to this guideline is video chatting with family and friends. From ages 2 to 5, curb daily screen time to one hour of quality programming. For ages 6 to 18, try limiting it to two hours daily.

Most children under age 8 don’t understand that the purpose of ads is to sell products. They can’t distinguish between a TV show and a commercial. They see a favorite character promoting an item and suddenly want it.

When kids ask for advertised products, explain that ads are designed to make people want things they don’t need. Point out that many items aren’t healthy and don’t offer the satisfaction they imply.

While you’re watching TV with kids, mute the commercials with your remote. You can also avoid ads by playing DVDs.

To be well-developed, kids need to interact with people and connect socially. Technology can entertain, promote learning, or give parents and teachers a reprieve. But it shouldn’t be a substitute for engaging with people and the environment.

The bottom line is curbing screen time. Also, teach your kids how to make wise choices in spending it. Make sure children participate in sports and outdoor play. During meals, invite conversation. Ask them to share a significant event from their day.

Employ these tips to protect your kids from neurological stunting, emotional disability, addictive tendency, communication deficits, hostile behaviors, and physical harm. Use technology to enhance life quality. Your kids will be happier for it!

Author Bio: Rehan ijaz is a Business graduate, freelance writer and blogger. He loves to write on tech, start-ups, policy and marketing. You can follow his latest posts @ShRehanijaz

Why Your Small Business Needs a Mobile Friendly Website