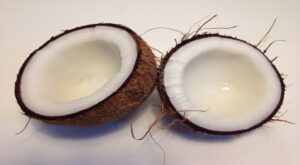 Many of the recent scientific studies have proven that coconut oil really does deserve pride of place as a superfood. For scientists, one of the most remarkable discoveries about this dynamic and versatile product was how it could help the body not only to fight disease and infection but how it can repair itself too.

In fact, the benefits of coconut oil are time and time again being shown to be amazing, with many even calling it nature’s ‘miracle medicine’ so just how can coconut oil help you and your body feel fitter and stronger?

Inflammation can occur in any part of the body. It is actually a healing process as the body attempts to fight off a harmful irritant or infection. As a dangerous substance such as a pathogen enters the body, the response of our immune system is to combat the disease through inflammation.

In most cases, we will recognise inflammation as a redness or soreness of a particular area. People may often also notice a higher temperature, a swelling and pain as the body tries to recover and protect itself.

Inflammation manifests itself in two distinct ways; chronic and acute. With acute inflammation, it will only affect the body for a short period of time whereas chronic may be a regular occurrence and can even last a lifetime.

Inflammation can be incredibly uncomfortable for patients as it manifests itself in different ways. Whether people suffer inflammation through cancer, arthritis, Crohn’s or another illness, it can make a normal lifestyle almost impossible.

Incredibly, the miracle superfood coconut oil has been shown to have anti-inflammatory properties thanks to its composition of wonder stuff: lauric acid.

What Is Lauric Acid?

Lauric acid, found in coconut oil is a particular form of fatty acid. For many years, people have avoided fatty acids such as lauric acid because people believed they were unhealthy. In actual fact, this lipid (another term for fat) is vital for the cells in the body and is essential to stop the body from starving.

The fatty acids, including lauric acid, are vital in protecting our vital organs and cushioning cell membrane to give our bodies further defence. Not only are they protective in nature, but they also provide invaluable energy and help with hormone production.

The Power Of Lauric Acid

Unlike other fatty acids, lauric acid stands apart because of its incredible disease-fighting powers. As this lauric acid is digested, enzymes in the body can draw out a powerful substance, monolaurin. Monolaurin can then halt the growth of nasty, infectious pathogens and combat viruses. With coconut oil, the monolaurin production acts as a killer of infections and bacteria helping to treat serious conditions so that you can recover faster.

By taking coconut oil, you can help to treat infections such as the common cold, influenza, herpes and even HIV/AIDS. Not only does it help with these types of viruses, but it can also help with fungal infections. Instead of antibiotics, which are becoming less effective through their resistance, you may be able to treat fungal infections with delicious, healthy and affordable coconut oil.

Coconuts are well known to be the best source of this potent lauric acid (coconut oil is around 50% lauric acid), but you can also find traces of lauric acid grass-fed cows butter, palm oil and genetically modified rapeseed oil.

In many studies, unrefined, organic coconut oil has been shown to help both chronic and acute inflammatory issues as well as having analgesic (pain relieving) and antipyretic (fever reducing) properties.

How To Take Coconut Oil For Inflammation Prevention

So far there is no set measurements for how to reduce inflammation, and it is largely dependent on the type of inflammation the body is fighting. For chronic infections, scientists have recommended a daily dose of two to four tablespoons of virgin organic coconut oil. Which is easy to do with so many delicious coconut oil recipes on offer, try adding it to smoothies, vegetables and breakfast items such as porridge to get your daily fix.

Improve Your Immunity With Coconut Oil

Even if you don’t suffer from inflammatory diseases and infections, adding coconut oil into your daily routine is an excellent way to boost your immune system and protect yourself with its anti-viral properties. Including just one teaspoon of coconut oil into your diet every day can significantly help your body to fight bacteria and kill off any lurking infections.

When adding coconut oil to your diet for its health benefits, make sure only to use organic and unrefined oils. When looking after your body, natural is best and pure organic coconut oil will be the best quality.

For protecting your immune system, coconut oil should be seen as a boost. It is important that you maintain a healthy diet and lifestyle with the added power of coconut oil to keep you fighting fit and happy.

3 Practical Factors to Consider Before You Buy a Second Car

Hiking and what it means for the body, mind and spirit