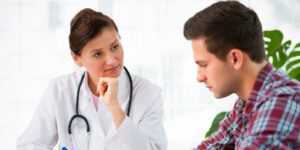 The idea of having a condition labeled as an “infectious disease” is enough to make anyone squirm or feel uneasy. After all, nobody wants to feel as if they need to be quarantined or otherwise cut off from the rest of the world because they were unfortunate enough to catch something.

Thankfully, dealing with such disease is often a relatively straightforward process thanks to modern medicine. Even seemingly severe conditions can be dealt with swiftly if you know what to look out for. Remember: infectious diseases could seemingly come from anywhere and therefore it’s often to focus on the “how” of treatment versus the “why” of catching the disease in the first place.

Below we’ve broken down three common types of infectious diseases and how to deal with them sooner rather than later if you suspect you’ve fallen ill.

Suffering from a urinary tract infection is uncomfortable both mentally and physically. Causes of UTIs range anywhere from sexual activity and hygiene to diabetic symptoms and holding in your urine for too long. Pain and trouble urinating are the surefire signs of a UTI, which needs to be dealt with sooner rather than later.

Natural treatments and juices are common for dealing with a urinary tract infection beyond typical antibiotics. Either way, infections can be cleared in a few days with an antibiotic treatment with natural remedies serving as a maintenance plan for those who commonly suffer from infections. In extreme cases, pain medication might be necessary to managing frequent UTIs.

If you’re familiar with tuberculosis in the context of history, it’s only natural to be a bit nervous. The images of people coughing up blood and bleeding out as a result of the disease are indeed unsettling; however, times have changed significantly in terms of spread and treatment. In fact, the most typical means of contracting the disease is by coming in contact with another infected person.

Tuberculosis is a disease that’s commonly tested for when applying for public jobs; meanwhile, false-positives during tests happen more often than not. Managing tuberculosis for people in developed countries is relatively straightforward and those who suffer can overcome the condition over time thanks to vaccines and ongoing antibiotics. In other words, TB is not a death sentence by any stretch of the imagination.

If you suspect that you’ve caught pneumonia, it’s crucial to speak to a doctor for immediate treatment. Unlike the common cold, pneumonia is indeed an infection versus a virus and therefore needs to be dealt with as such. In other words, it’s not merely going to “go away” on its own.

Don’t let yourself be burdened by the idea of having an infectious disease. Instead, understand the signs and symptoms so you can focus on getting yourself healthy and back to your day-to-day life.

CFDs vs Forex Trading: A Beginner’s Guide to Trading

Top Tips for Driving a Motorhome