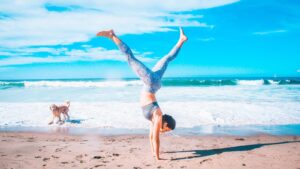 Celebrity fitness is a niche segment in the world of fitness simply because of the high standards involved. While coaching athletes or even actors for specific roles, fitness instructors have to deliver a ton of requirements. Working closely with dieticians, nutrition specialists and sometimes even physiotherapists, celebrity fitness instructors have to ensure holistic fitness schedules for their clients. One such example of the celebrity fitness industry is Coach Meddy, who has a long list of achievements along with an equally long list of notable clients who swear by his training methods.

What makes athletes like Nicolas Anelka, Patrice Evra, Miralem Pianic (teammate of Cristiano Ronaldo at the Juventus Turin Football Club) and Mike Phillips (former captain and legend of the Welsh rugby) follow Coach Meddy’s verdict on fitness like gospel? Coach says, “The significant thing about my work is that it is something unique. The reason why many athletes come to me is that I have created a unique method of work adjusted to football players from the martial art conditioning, I called it MMF Protocol which stands for Mixed Martial and Football Protocol. The MMF Protocol gives fast and sustainable results and it is optimized with a specific nutrition plan.” It is this win-win combination of two of the most physically demanding sports that helps in establishing a perfect aerobic-anaerobic-hormonal equilibrium that further results in optimum health and fitness levels achieved by a human body.

Coach Meddy is on a long-term mission of understanding the science of fitness and create a path through which fitness enthusiasts can slowly and steadily increase their physical potential to its highest optimum level. After having won many accolades for being nominated as the Best Physical Trainer in 2017 and Best Gym Facilities in UAE in 2018, Coach Meddy has launched sports media ‘NA 39’ in collaboration with Nicolas Anelka to make his unique fitness regime available to the mass. At present, he works in close coordination with the best Football Clubs such as Juventus Turin, Borussia Dortmund and AS Monaco; trains players for Football World Cup and also overlooks the editorial content of NA 39. He even interviews celebrities on fitness.

When it comes to fitness, the world is clearly divided into two halves – one for whom fitness in non-negotiable because their bread and butter depends on it. This lot includes athletes and other celebrities. The second half are the regular folk who are in it purely to lead healthier lives. While celebrities are well-educated on the benefits of rigorous fitness regimes, there generally tends to be a lot of confusion among the latter half about body-specific fitness regimes and how to go about it. This is where Coach Meddy comes in by getting things into the right perspective. So, it really is no surprise that celebrity footballers and star athletes personally vouch for Coach Meddy’s principles of fitness. He hopes that the goodwill he has earned by big names backing him will allow him to spread the message of his personal brand of fitness, far and wide. Finally a reason for his fans to rejoice!

How IoT is making Transportation smarter?

Starting a summer camp: What to do before the kids arrive