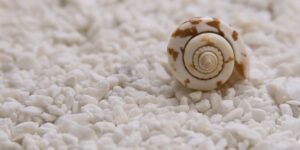 It all began with the salt miners in Poland who were strangely devoid of any respiratory problems when compared to other miners who worked in various other mines, in similar conditions but the difference being the quantum of breathable salt that they were exposed to, on a daily basis.

Salt has anti-inflammatory and anti-bacterial properties and it was thought that this could be the cause for the salt miner’s healthy physical conditions.

It is also known that salt has Mucolytic effects which eases and helps to loosen excessive mucus in the respiratory tract and paves way to ease mucocilliary delivery.

Salt particles move through the respiratory tract and help to remove pathogen agents like allergy causing pollen to which some are very allergic.

The ancient Greeks are known to have used salt therapy extensively especially by confining themselves inside what we today call Himalayan salt caves.

Medical science has still to completely accept the fact that “salt caves” or “salt rooms” that are cropping up all over the United States and Europe would be the answer to all respiratory issues like asthma, breathing related allergies, bronchitis, sinusitis, anxiety and other breathing problems.

Doctors are still to endorse the therapy and are apprehensive of its pros and cons and are asserting that some patients with such ailments could have severe breathing allergies that could land them in trouble.

The caution is that “what is sauce for the goose can sometimes not be for the gander too”, and such conditions in some patients could worsen and hence there is a sense of uneasiness prevailing in the air.

Whatever the case may be there is a universally accepted notion that salt could have a soothing effect on the respiratory systems because the sea where many spend their vacations have been good for the health of some, mainly due to its salt spray some of which are breathed in and out by beach goers.

The question that we should ask ourselves is whether salt in our lungs would be good for us or would it be bad on the long term, but this is the very question those who advocate this therapy are talking about.

Microscopic particles of salt in our lungs could have some soothing effect because it dissolves in water of which our blood consists of about 80%, and it is blood that runs all over our bodies including our lungs where all our respiratory problems begin and end.

Once inside a salt cave or salt room the air within is mixed up with the salt particles floating around and when they are breathed in they pass into the lungs which in turn dissolves with the blood and is carried all over the body.

It is the initial entry into the body through the lungs unlike the normal salt intake that we initiate through our stomachs along with our food which would be the difference in the two.

The passing of the salt particles from the respiratory tract through the wall of the lungs could be what is causing the relaxation in the respiratory systems and giving that soothing effect when one is exposed to such a high concentration of salt filled air.

There have still not been any adverse physical reactions from any patients suffering from respiratory issues after spending time in salt caves or salt rooms, hence the practice is becoming very popular and the real effect that salt has on the body especially through inhalation is still under review.

The medical professionals who are apprehensive about the after effects of the fast increasing practice especially in the United States, Europe and Canada have still to come to a conclusion whether it is good, bad or just plain, OK!

Salt is known to increase blood pressure when taken in high doses and whether it would have the same physical effect on a longer term is yet to be seen, though the practice could date back to the 11th or 12th centuries.

The good news about the salt caves or salt rooms are that it is devoid of any pharmaceutical drugs and is a non-invasive method of treatment and could be termed more natural compared to so many drugs that we take in every day.

If salt is really Nature’s gift to man to help us in all respiratory issues it would be indeed very welcome for the simple reason that it is natural without any strings attached, like all the pharmaceutical drugs that we see around us.

5 Simple Steps to Select a Gun for Security Purposes