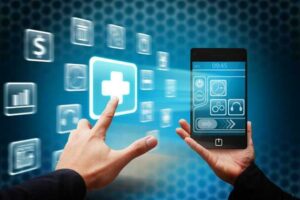 Opiates are body mechanism-altering drugs which change the way the brain functions, especially in responding to external stimuli. It is also used as a pleasure drug as it gives a ‘zip’ due to its ability to disrupt the functioning of the brain’s pleasure and reward centers.

There are special opiod receptors in the central nervous system, which as we all know, comprises of the brain, respiratory organs and the entirety of the body’s cardiovascular system. These opiod receptors are in charge of receiving opiate drugs and when ingested, these drugs have a way of changing the physical and physiological and emotional behaviors of the body. The body is generally slowed down, as heart rate, respiration rates and body homeostasis are greatly slowed down. Simultaneously, these drugs also raise the sensitivity of the pleasure receptors of the body, thus increasing and enhancing the feeling of pleasure and utmost relaxation.

The consistent and continual abuse of an opiod drug has the potential of altering the normal functioning patterns of the individual’s brain and lead t a great amount of physical and psychological dependence. Over time, the body gets greatly used to the ingestion of this drug and it becomes more of a norm to the body’s chemistry. Thus, without constant intake and interaction with the drug, the body doesn’t feel quite ‘normal’. Also, withdrawal symptoms of the drug may begin to manifest themselves the moment intake of the opiate drug is abruptly stopped or halted.

Depending on the level of dependence and familiarity the person has developed towards he drug in question, opiate withdrawal symptoms could well lie between mild symptoms and severe symptoms. Dependency could be directly proportional to the amount of time spend taking and using the drug, the amount of the dosage taken at once by an individual, the specific opiate drug that was taken (as there are many types), background medical conditions and facts, the simultaneous presence of a persisting and enduring mental issue on the part of the consumer, and certain ecological and bodily factors that also have to be taken into consideration; such as family drug use history, mental issues in family’s history, background and even the current living environment in which the user has found himself. The withdrawal of oneself from an opiate drug usually follows this rough schematic of a progressive timeline. This timeline holds true for a plethora of cases, although some exceptions exist and sometimes, they could very well vary from one man to the other.

– Cold and a terrible running nose

These are withdrawal symptoms which start off very late and reach the apex point of their effects around the 72nd hour after intake of the opiod drug has been cut off. They have strong effects which can last for periods between a week and 10 days. Some of them are:

– Nausea, dizziness and severe throwing up

– More pronounced cravings for and addiction to the drug

These effects line in a series of events known by most people as the opiate withdrawal timeline. It is worth noting that the effects of opiate withdrawal don’t end here. Also, you should know that a few of the mind-related withdrawal signs, especially cravings and drug addiction, can last over a week in some highly exceptional cases. To solve this, we recommend intensive therapeutic recovery processes which are administered by a psychiatric and mental health professional. This has the potential of decreasing the effects and symptoms of opiate withdrawal to a very large extent.

Essayshark: The Best Essay Writing Service in the World