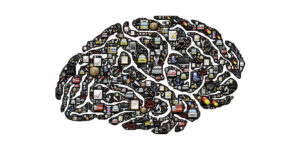 Many people are looking for ways to boost their brain function, get smarter, and tap into the potential for a greater memory. And while there are a lot of dietary supplements and advice out there telling you what to eat to achieve a level of genius, most of the advice is for engaging in activities that stimulate neurogenesis – the creation of new brain cells (neurons).

Neurogenesis – what it is

Not that long ago, it was believed that brain cells (neurons) could not be created past a certain age, suggesting that once we reach adulthood, we only have a certain number of brain cells and once they die, that’s it.

Thankfully we know better now, and we know that neurogenesis continues throughout our entire life. Due to the brain’s ability to generate new neurons, whole worlds of possibility are open. These possibilities have always been open; we just didn’t realize it.

Neurogenesis – why it matters

Your brain contains an intricate neural network of neurons that are connected to each other, and transmit information at light speed. These connections form as hard-wired networks and express as patterns of habit. And like a broken record that plays endlessly in the same groove, neural networks that form habits can get stuck until we override those patterns with new thoughts, creating new neural network patterns in the process.

Because our brain cells communicate with each other through releasing neurotransmitters full of information that other cells absorb, research has discovered that when certain cells regularly fire information together, a stronger connection is created between them, and eventually causes them to automatically fire together.

The good news is you can consciously choose to stimulate neurogenesis in order to break old habits and patterns and develop new ones in five simple ways:

Geometry is more than math. It’s actually the underlying structure of the natural world, and when you immerse yourself in learning geometry, you’re tapping into the wisdom of nature. And whenever you learn something new, the more you have to think outside of what you already know, the more neurons you’re going to generate.

You don’t have to go back to college to learn geometry, and you don’t even have to buy expensive textbooks and try to learn on your own. There are websites that offer in-depth geometry tutorials that you can watch from home.

Studies have shown that aerobic activity enhances neurogenesis in the hippocampus of adult mice and rats. But you don’t have to be a hardcore athlete to grow new neurons in your brain. You just have to get up and move. You could go for a slow job, a quick run, or even just a brisk walk in the park or around the block. As long as your body is moving, you’re stimulating the growth of new neurons.

Curcumin is part of the ginger family, and is found most prominently in turmeric. Studies have shown that curcumin boosts brain cognition, and has been recently connected to the birthing of new neurons in the brain. When older rats were given curcumin, their memory, along with neurogenesis, improved.

The best way to get curcumin in your diet is by eating Indian food – most dishes are loaded with turmeric, which happens to be the main ingredient in curry.

It’s been proven that caloric restriction can stimulate the growth of neurons in mice; in humans, it’s been proven to increase lifespan and create healthy, long-term effects. Because the restriction creates an initial stress response in the body, new neurons are created. But that doesn’t mean you should stop eating or starve yourself. There are responsible ways to go about intermittent fasting.

Omega 3 fatty acids have been shown to stimulate neurogenesis in adult humans. EPA and DHA make up the omega 3’s, and these are polyunsaturated fatty acids that are naturally found in the central nervous system. Taking omega 3’s as a supplement aids in neurogenesis and greatly increases cognitive function as a result.

You can take fish oil or krill oil, and you can also get omega 3’s from shelled hemp seeds sprinkled on your cereal or tossed in a smoothie. Additionally, hemp seed oil can be used in salads or blended into a smoothie.

It really doesn’t take much to stimulate the birth of new neurons in your brain, you just have to do something different – if exercise isn’t your cup of tea, consider taking up a new hobby. Anything you do that forces your brain to learn something new and fire in different ways is going to create new neurons and increase your cognitive abilities, allowing you the opportunity to bring out your hidden genius.

How to choose the best hunting clothes?