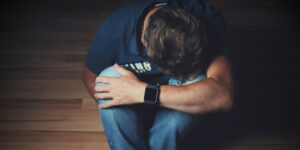 Cancer is one of the most dreadful diseases and a significant reason for untimely deaths around the world. The news of a person getting diagnosed with cancer can take a toll on them and their loved ones. Cancer can affect any part of the body and unfortunately can remain silent until the later stages. Almost all cancers if detected in early stages are curable.

Following cancers are common in men:

Prostate cancer is common cancer among men in India. It typically affects men older than 40 years. Initially, the person might not feel any symptom, until the disease reaches an advanced stage. The common signs of prostate cancer are:

PSA test – is a screening test for prostate cancer in men. It should be done for a man having persistent symptoms or a first degree relative to cancer prostate.

Lung cancer is one of the leading reasons for male deaths around the world. Smoking is the single most common reason that leads to lung cancer. The typical signs of lung cancer include:

If a person is a chain smoker and continues to smoke for a long period, they need to undergo a lung screening test.

The bladder is a common site in men where cancer can manifest. Bladder cancer is mainly seen in older men and is treatable. Blood in urine minus any pain is the most common sign of bladder cancer. Other symptoms include –

It can be treated with surgery when diagnosed early. Apart from surgery, chemotherapy and radiation therapy also plays an important role in its management. Like most cancers, the survival rate depends on how early the cancer is diagnosed.

Colorectal cancer is cancer that manifests in the colon or the rectum. Depending on where cancer starts, cancer can be called as colon or rectal cancer. It is common cancer in men, and it mostly occurs because of lifestyle choices and old age. The risk factors for colorectal cancer include alcohol abuse, smoking, type 2 diabetes, a diet rich in red or processed meat and obesity. Men over the age of 50 are at an elevated risk and are advised to get screened at the best cancer hospital for timely diagnosis. The common signs of colorectal cancer are:

Colonoscopy is done to identify colorectal cancer in its early stage. For men above 50 years of age, getting a colonoscopy done is important especially if the above symptoms are persistent. Colorectal cancer responds to a combination of chemotherapy and radiation therapy and surgery. However, the treatment depends on how far cancer has spread.

A group of cancer, Head and Neck cancer occurs within the nose, mouth, throat, sinuses, larynx or salivary glands. They are highly common in men in India and occurs due to abuse of alcohol, tobacco, HPV virus, radiation exposure or Epstein-Barr virus. However, tobacco and alcohol remain the primary causes. The most common sign and symptoms of head and neck cancer are as follows:

A needle biopsy of the lesion is usually done to diagnose head and neck cancer. By avoiding the risk factors mentioned, a man can significantly reduce the risk of this cancer. There are treatment options available, which include chemotherapy, radiation therapy, and targeted therapy. However, surgery is the most frequent type of treatment option used in head and neck cancer.

Stomach cancer is a category of cancer that starts in the lining of the stomach and is also known as gastric cancer. There are several causes of stomach cancer. However, the most common cause is infection by the bacterium Helicobacter pylori. Smoking, obesity and dietary factors also lead to stomach cancer. Furthermore, there is also a link between genetics and cancer of the stomach. This cancer is often asymptomatic or may cause nonspecific symptoms that are also present in other disorders. However, the following signs and symptoms can indicate stomach cancer:

These six cancers are highly prevalent in men, and one should be looking out for them for an early diagnosis. As cancer matures, it becomes increasingly difficult to treat it. Consult an oncologist for cancer treatment if you are diagnosed with any of the cancers. Hospitals like Max Healthcare are equipped with world-class treatment options for an active cancer diagnosis followed by the treatment.

How to Validate Your Startup Idea? A Guide to Finding Your Market Fit

When do you need a private tour guide?