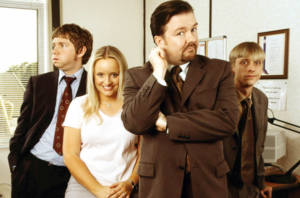 Hormones are a part of us. They are secreted in glands in our bodies and have a specific way of triggering and altering our body’s physiology, metabolism and general behavior. Hormones are mainly used for communication among organs and cells for the regulation and control of physiological and behavioral activities, including digestion, breathing, tissue formation and function, interpretation of signals by sense organs, rest, strain, sexual arousal and reproduction, mood and temperament, etc. The body is made up of numerous distinct hormones. However, certain types of hormones have bigger roles to play in the body’s health and general well-being. Take the female reproductive system for an example.

In a female, estrogen is the main sex hormone. It brings about puberty, prepares the female body and uterus for pregnancy and child birth, and regulates the menstrual cycle. During the menstrual cycle and in the period of menopause, the uncomfortable symptoms women go through and that are said to be usually affiliated with the whole period are simple the body’s responses to changes in estrogen levels; nothing more. That said, a woman will most probably feel no discomfort at all during menstruation if her body’s estrogen level always remained the same.

However, estrogen isn’t the only sex hormone present in the female body; there’s also progesterone. Progesterone is highly similar in terms of function to estrogen; it also helps with the menstrual cycle, ovulation and plays a supporting role in pregnancy and child birth preparation. Despite this, however, it still is not considered the major sex hormone in the female body. Hormones are incredibly strong and highly toxic chemicals. The infusion of an infinitesimal amount into the body could cause untold effects and sometimes, dire consequences. Hormone cells are naturally specialized cell types, staying within a particular endocrine gland, such as the thyroid gland, ovaries and testes, depending on their specified function.

As stated earlier, hormones have great effects our everyday lives and behavior. Sometimes, these effects come as a process involving different interwoven steps, sometimes they happen spontaneously. A few of the ways these hormones affect us are:

Headaches and migraines have long been traced to estrogen, the main female sex hormone. This hormone has full control of the chemicals in the female brain that instigate or relieve the feeling of pain and pleasure. Due to this, headaches are a very common consequence of a sharp reduction in the level of estrogen in the body. This is why majority of women usually have headaches and mild migraines as menstrual behaviors symptoms of menopause.

The feeling of sexual arousal is stronger in men than it is in women. However, it lasts longer in women than it does in men. This is because testosterone, the main sex hormone in the body, plays a very vital role in the body. It increases the sexual desire, rigidity in muscles, metabolism and bone strength. A deficiency of testosterone in men leads to sluggishness, lagging and sometimes, depression. An over-production of testosterone will lead to incredible sexual arousal and hunger. However, where the man is unable to satiate his sexual hunger, it could lead to hyperactivity and could also cause excessive facial and pubic hair and other growths.

One of the most evident and obvious signs of menstruation in women are hit flashes. This is a symptom experienced by every woman. However, while some hardly even sweat (due to the nature of their skin and size of pores), others constantly sweat profusely and due to this, could have issues with sleep.

This is an issues faced by most women, especially during menstruation. This is because during menstruation, estrogen and progesterone are in short supply, both being hormones that induce and promote sleep. Sleep imbalance will in turn affect other aspects of the woman’s daily life, especially work productivity and alertness. It will also make her drowsy all day. Also, a low estrogen level increases a woman’s sensitivity and irritability, making her more conscious of environmental changes around her that could disrupt her sleep.

There are two hunger hormones produced in the stomach. Ghrelin is produced in the pancreas and sends signals to your brain when your stomach begins to get empty. On the other hand, Leptin (secreted in the fat cells) induces hormones which suppress appetite when you’re filled up with food. These two hormones are usually evenly matched and are constantly in competition. An imbalance could lead to you not feeling hungry, despite having an empty stomach or excessive eating, even while filled.

Thyroxine and triiodothyronine, both produced in the thyroid gland, fill the role of temperature regulator in the body. They also play huge roles in controlling your body’s strength and activities. These hormones, however, can be thrown off balance due to factors such as stress, malnutrition and swelling. If this happens, you could be left with an excess or a shortage of these hormones, leading to cold, fatigue and other metabolism-related conditions.

Every human brain releases oxytocin, the hormone usually referred to as the love hormone, whenever you touch someone or you’re touched. This hormone increases sex drive, relieves trust issues and even reduces the blood pressure. They can alter the memory, which is why most therapies encourage hugging when trying to teach forgiveness, as hugging releases oxytocin and could potentially help in getting rid of grudges and forgetting a fight. A shortage of oxytocin could lead to the inability to show emotions and agitation.

The exact cause of mood swings is still to be discovered. However, studies have shown that serotonin, the chemical that helps you control your moods, is secreted at the same place where ovulation-controlling hormones are secreted. The under-production of serotonin could cause rapid changes in mood, as experienced with women in the midst of their menstrual cycles.

In times of danger, or agitation, the brain injects cortisol, a hormone associated with stress, into the bloodstream. Cortisol increases the pace of the heartbeat, provides the brain with more oxygen for increased functionality and cognitive processes and releases energy from the glucose and fat stores of the body. In controlled quantities, these are all good. However, in cases of continued stress, the initial cortisol injection could be disrupted, leaving you with too little cortisol and therefore, making you feel really fatigued.

The liver is the secretion site for insulin, the hormone that greatly promotes cell growth and at times oversees the functionality of various cell parts. A situation where insulin is under-produced could lead to serious growth impediments. On the other hand, the over-production of insulin could also lead to hyperactivity and agitation.