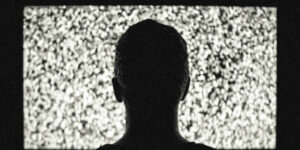 Looking back at the past, you realize the degree to which technology has evolved. In 1995, ESPN radio casted a live momentous baseball match. It was the very first time that streaming was introduced to people. At the time, the TV business in the U.S. was kept under the thumb by three main cable TV networks. Every household had one television stationed right in the middle of the hall. TV-time was synonymous with family time and wars ensued over bush-button controllers.

Today, Video-On-Demand sites are nothing short of creature comforts. Services like Netflix, Hulu, and Hotstar penetrated the market in the double ohs and permuted the entire TV-viewing scenario. These sites facilitate users to watch content such as movies or TV shows anytime, anywhere; so long as they are connected to the WWW. As per report on fortune, people are subscribing to multiple streaming services.

Sounds great. But is your device compatible? Well, the good news is that most devices including tablets and cell phones running on iOS or Android, laptops, desktops, gaming consoles like PS4 and Xbox one, and dedicated streaming players such as Chromecast, Roku TV, Apple TV, etc can all be used to stream videos.

There are many pros and cons of streaming services. Keeping aside those downfall the question arises, will Cable TV ever rest eternally? Let’s find out!

The number of cord-cutters keep slapping on with every year. One of the main selling points of VOD services is that users can enjoy the content as per their comfort. Basically, you can take your TV with you wherever you go. Layovers at the airport and long commutes are no longer complete without movie or TV streaming. You just need an App for Android or iOS and boom. Your TV is with you.

Furthermore, it eliminates the need of paying a premium for Catch-up TV services as well as the fear of missing out on the latest episode of your beloved show or a highly anticipated movie that came out recently. What’s more? Unlike Cable TV, that dictates the time at which you’ll be able to watch a show, video streaming allows you to simply log in and begin watching your show whenever you desire.

Cable TV is slowly, but surely, bleeding to death. The rate at which it is debilitating is still pretty low, but its unreasonable pricing is driving millions to switch to VOD services. Cable TV services can cost anywhere between $40 to $200 depending upon the channels added to a package. Oftentimes, you end up paying for channels that you never even watch!

Streaming giants like Netflix charge a mere $9.99/month, Hulu is priced at $7.99/month, Amazon Prime subscription costs $8.25, etc. Even if you take your Internet plan into account, the difference is massive.

Cable TV may have zillion channels to offer but they don’t cater to everyone’s tastes. Subscription VOD services have an excellent library of movies, TV series, and even documentaries to choose from. The genres range from Anime to Horror to Comedy. Not only do these sites have the most popular shows and movies but also make content of their own. Have you heard of the shows “Orange is the New Black” or “A Man in The High Castle”? These are original TV series produced by streaming service providers who’re at the top of the ladder.

Netflix has roughly 6,000 titles in its vast library and released approximately 126 original series last year. Amazon Prime Video on the other hand offers an eye-popping 20,000 titles to its users.

You wouldn’t really miss much after discontinuing Cable TV services but if you’re concerned about the range of content, you can always subscribe to more than one VOD site without shelling out giant sums of money.

As per the latest statistics, at least one in five U.S. household has ditched Cable TV in favour of streaming services. I guess it’s safe to say that Cable TV will be replaced by Video-On-Demand services altogether, sooner or later.

4 Tips That Will Finally Give You Healthy Hair