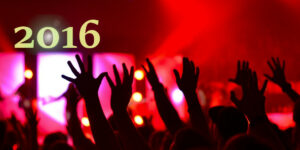 Games, movies, shows… it seems that all forms of entertainment can now be accessed online. In fact, there might be more people looking at their computers for entertainment other than the television. Moreover, physical games, while still relevant, is gaining less popularity among millennials and gen x.

The change of preference on the vehicle for entertainment in the technological age is highly due to the invention and expansion of the internet. In fact, it does not only affect entertainment, but also education. Students now look towards search engines or a quick essay writing service to help them with their assignments. The internet’s potential to help and give fun to people seems to be limitless.

Among the many things the internet can offer are these top digital entertainment trends that 2016 has seen.

Pokemon Go is arguably the biggest gaming app released this year. The hype to catch all pocket monsters goes beyond borders. There are reports of gamers travelling across different countries to catch rare pokemons. The hype lasted for more than a month.

What makes this game different is that it incorporates augmented reality. In other words, it makes the line between the reality and the virtual gaming world thinner. There are other games released with the same or even better features. However, Pokemon Go is accessible to all smartphone users, and thus, more popular.

Every year, there’s a new app that makes everyone go crazy. There was Instagram, Vine, etc. This year, it’s Musical.ly. This seemingly simple app allows one to record at most 15 minutes of music videos.

While the app was launched in 2014, it didn’t become popular until this year. Now, there are about 100 million users of Musical.ly. A lot of teenagers have become famous through the app, too. One of them is Jacob Satorius, who’s only 13 years old.

Streaming for your favorite movie, song, books, or games online has been on the top of digital entertainment trends for years, and it’s probably going to stay there for many more. Why? It’s cheaper and more convenient.

There’s no doubt that online services are making people’s lives easier. For instance, if you want an online essay for tomorrow’s project, you only need to make one click, and you’ll have it. The same can be said for movies, games, and books.

The only thing that used to differentiate online channels to TV channels are live broadcasts. However, the internet seems to have caught on. Facebook, Instagram, Snapchat, Youtube, etc. now has a live broadcast option. Anyone for anywhere can access them, too. This revolution has quickly caught on and the mass loves it.

Just when you think a video can’t get any better, it does. When the 360-degree video was first announced, it caused a great ruckus. It still does even when the year is almost ending. This new feature makes videos more immersive.

2016 has indeed been a great year. However, it has set the bar high for entertainment. People are hoping that next year will even be better.

Sitting is the New Smoking: On Addictive Practices and Health Implications