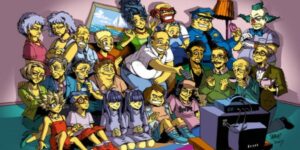 With more and more platforms investing in their own anime offerings, the options seem nearly endless. Sadly, not all anime is created equal. From shows that offer too much uncomfortable fanservice to slow-plotted sagas that never seem to go anywhere, there are some animes that aren’t worth your time. However, for every underwhelming new show, there seems to be a boundary-pushing work of art being released. If you’re looking for some of the best anime available for viewing, here’s where to start.

A Place Further Than the Universe

When it comes to finding animes to watch, a coming-of-age story about four adolescent girls might not be at the top of your list. After all, a lot of the most exciting anime involves high fantasy and heady sci-fi concepts that take you out of your world. Yet this sublimely animated tale of adventure has been snatching spots at the tops of critics’ lists since it premiered in early January.

A Place Further Than the Universe follows Mari Tamaki as she travels to Antartica with three companions in search of her friend’s mother. If it seems like a simplistic concept, that’s because it oftentimes is. Instead of following these girls as they travel to some wondrous and fantastical destination, it focuses much more on their journeys together and the friendships that ebb and flow during the voyage. It packs a lot of heart and wisely avoids pandering or relying on being overly cutesy, instead allowing its female protagonists to take center stage. If you’re tired of power fantasies and wizardry, this anime might strike a chord with you.

While Netflix often falters on its original content—especially when it comes to science fiction movies—the streaming giant’s anime offerings have been on point. Aggretsuko is another check in the win column for Netflix. It’s unconventional, to say the least. Described as an “anime musical comedy,” it tracks the Sanrio mascot as she navigates a soul-sucking job, an unfulfilling love life, and death metal karaoke. Again, it’s unconventional. However, for an anime about a death-metal-loving red panda, it’s incredibly relatable.

At its core, Aggretsuko is about introversion, self-expression, and learning to stand up for yourself (with a little help from your friends). It’s also surprisingly feminist as Retsuko comes face-to-face with a fair deal of misogyny throughout her days, not least from her boss. It’s a show that teaches you to relish your flaws and find your voice. Plus, it doesn’t hurt that it’s genuinely funny and both language tracks are winsomely acted. Having a stressful day and need to commiserate with characters that will truly understand you? Give Aggretsuko a shot.

That Time I Got Reincarnated as a Slime

Any RPG fan will immediately see the humor in someone being reincarnated as one of a fantasy realm’s lowest level monsters. Based on the popular Japanese light novel series, That Time I Got Reincarnated as a Slime has only started airing and is grabbing some major attention and critical praise.

When Satoru Mikami dies, instead of passing on, he’s dismayed to learn that he’s been reincarnated as a slime with two powers. One gives him almost infinite knowledge of his new universe. The other lets him steal powers from opponents he devours. It sets him down a path towards becoming the ruler of all the monsters in the land and it’s off to a fantastic start. This is definitely one to keep an eye on and will be streaming on Crunchyroll.

Regardless of your anime tastes, it’s never been a better time to be a fan. With shows coming out month after month and old favorites returning for new seasons, it seems to be a golden age of anime. Grab a bag of popcorn, cozy up, and lose yourself in a new adventure. You never know what you might find!

Graphene and the Phone of the Future