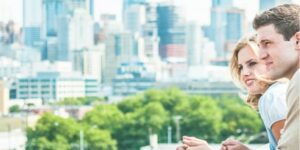 Traveling is a wonderful way to rediscover hidden things, view some unseen places and live a little. The places you could visit now are endless and well known thanks to social media and the internet. You can either visitsome simple destinations or be a bit more adventurous and travel to some exotic areas depending on your choice. If you’re travelling with family then renting out a luxury condo might be a good idea as booking it in advance will save you a lot of hassle. This article will describe some of the coolest places to visit this year and why you should go see them.

Chile has grown to become one of the most sought after travel destinations this year because winning the World Travel Awards last year really put them on the map.

The entire area is a massive 2,650 miles and about 150 miles wide. The place comes packed with biodiversity, topographies and ecosystems that are sure to catch your interest. The continent has some 36 national parks and houses some of the world’s most extreme environments.

2017 marks the 150 years since it formed the Canadian Confederation to become a Self-Governing country. Canada may come second to Russia in size, however it’s hard to find a country so beautiful and rich in landscapes.

The scenery that encapsulates Canada is lovely and isn’t well known. The country consists of a desert space in Osoyoos and wintery enclaves of olives and vines in Okanagan. On the west coast you find a labyrinth of islands and fjords that features one of North America’s finest seascapes.

In Granada tourists can witness the gardens and beautiful palaces of Alhambra built by the Nasrid’s, commonly known as the last dynasty of (Islamic Spain).

When in Granada you could also try out its ski resort which is just 29 miles away from the airport. It usually snows until April leaving tourists plenty of time to try it out.

This is the perfect place to witness some of the events that happened way back in the second century when Roman troops were around and a 73 – mile barrier built to separate Wallsend and Bowness.

2017 marks the 30th anniversary of it being named a Unesco World (Heritage site) and to commemorate this a six month exhibition is being held showcasing most of its important sites.

If you’re a rugby fan New Zealand is definitely the place to go, but that’s not all as the country has some amazing tourist’s spots as well. You could check out the kauri forests between whangarei and Auckland or the area between Hamilton and Rotorua where you’ll find a scene from the lord of the rings.

New Zealand has so much to offer especially for nature loves as it consists of the best scenic wonders and parks.

Copenhagen is perfect for trying out some authentic Danish cuisine and sightseeing. Denmark has some of the finest pubs and restaurants that any tourists would love.

Denmark is a wonderful place to relax and rejuvenate, plus take in some gorgeous scenery and generosity that Denmark has to offer.

Peru has some of the most serene places you could ever visit. With its World Heritage site and the beautiful mountain ranges, it sure is a place to visit.

If you do visit Peru be sure to check out the ancient city of Machu Picchu and all the other amazing places the county has to offer.

In Pula you can find one of the oldest Amphitheatre’s known to be the 6th largest in the Roman Empire. The sight has been well preserved and is a famous tourist destination.

In Pula you can also find some very beautiful beaches with plenty of resorts and beach houses that you could stay in.

This part of the world has always appealed to the rich and famous however common folk like us have plenty to see and do as well. Lech is an epitome of charm with its onion domed churchesand timber chalets making the place very unique.

It’s also a great place to ski with lots of neighbouring places that offer the same services and accommodation too.

In Liuwa you will find one of the most remote National Parks in Africa. This area in Zambia’s western province isn’t well known and barely has any tourists. Leaving it one of the few places in the world where you can look around and see nothing but nature.

If witnessing wildlife in its purest forms is what you’re looking for be sure to check this place out.

You Can Quit Alcohol and Improve Your Life!

7 Biggest Mistakes You Can Make As a Writer