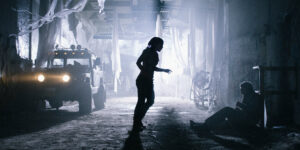 The Swedish duo, director Dennis Petersen and actress Moa Malan, have worked together on this innovative Zero budget Proof-of-concept/Short film REDEEM. It’s an International venture to make a feature film in English. The concept is unique in the Scandinavian market. The Short Film has been a success Internationally, primarily in the US but also in Asia. It is the first Swedish short film to be nominated and award winning in genres such as “Best Action Sequence,” “Best Female Action Performer of the Year” and many others. It has attracted much attention and brought attention from producers and financiers in the US, England and Australia. It’s totally different and the first of its kind in the Scandinavian countries with full contact fighting and an actress who trained 7 months martial arts for the fight scenes something which before this was unheard of in Scandinavia. It has now been snapped by the production company NEW STORIES and is being developed into a feature film.

A Phonecase is not only meant for Protection