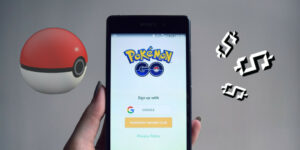 Online gaming is more than a mere past-time, in fact, it’s a professional career for many gamers. With more investors eyeing the online gaming scene, there has been an enormous rise in crowdfunding for multiplayer games in 2016. Actions games like Grand Theft Auto, Modern Combat, Minecraft, Battlefield etc are becoming more popular day by day. You can click here for more action games that have gained a lot of popularity in the recent past.

Arguably, 2016’s biggest winner is none other than Niantic’s colossal hit – Pokémon Go! With over $29 billion dollars of net worth, Pokémon Go made waves with people around the globe stepping out of their homes to catch virtual pets around their neighborhood. Augmented reality is the next phase of online gaming which will see the biggest rise in the coming years. Transforming real-world locations into a virtual simulation equipped with just your smartphone, augmented reality is certainly 2016’s brainchild.

Gone are the days where multiplayer online games had you paying a subscription fee every month. In recent times, developers feel that players need the freedom to access content without having them pull a credit card out every time. Popular MMOs such as Rift, WarFrame, Neverwinter, etc. are completely free to download and play. The companies make their money by offering optional in-game cosmetics or boosters.

Plenty of online games such as League of Legends, Dota 2, and Smite known popularly as Multiplayer Online Battle Arenas or MOBA offer prize pools for professional gamers. The International 2016 tournament hosted by Valve saw a staggering $20-million prize pool for Dota 2, making it the largest gaming event ever. The pro-gaming industry is taking giant strides with every passing year and video games are a multibillion-dollar industry that gamers take pride in competing for.

What does the future hold for the gaming industry?

Research has shown a 12 percent growth rate every year all the way to 2019. With over $65 billion earned in 2015 for online gaming, which is twice the amount of revenue generated compared to the movie business. Online gaming is here to stay and is shaping itself to create awareness for people to take gaming seriously just as they would within any other industry.

The year 2016 showed gamers around the world the power of inexpensive gaming. If you have a smartphone, you are equipped with a sophisticated gaming device.

Tips to prepare your body for winter