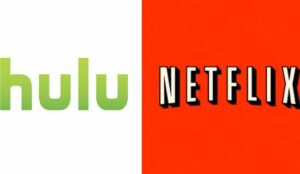 The spreading craze of internet streaming services owing to all the associated benefits and advantages has ultimately led to the gradual withering of the culture cable TV services. Gone are the days when the viewing experience was disrupted due to the harsh weather conditions, gone are the days when the sick blue screen obstructed the attachment you built with the movie running on the TV. As a relief for all these woes, Internet streaming services like Netflix and Hulu are taking over the market and have been utilizing the long craving of the cable TV subscribers to take over the scene.

The viewership of the traditional cable TV services has been declining at a drastic rate. As per a survey conducted, in 2011, people of the age group 18-24 watched over 25 hours of cable TV in 2011 which has currently dropped to less than about 14 hours which clearly highlights the rising craze for internet streaming.

WHY CHOOSE NETFLIX AND HULU OVER CABLE TV?

A fit for all and affordable package on a cable TV is hard to find these days. On the base pack one necessarily needs to make alterations as per his favourites to get the desired list of channels. This calls for a more viable alternative in place of the cable TV. People prefer Netflix and Hulu as they fit the most in terms of the advantages and benefits that they bring in for the customers.

The customers get the following benefits by using internet streaming services like Netflix and Hulu over the traditional cable TV services:

Gone are the days when the users searched for the sites to check out the subsequent episode release date for the TV series they are following. Adding to the problems, if one misses the airing of the show then it was better to forget than contemplate. But with the rise of the internet streaming services like Netflix and Hulu, the subscription service that these sites offer helps to maintain an easy track of the shows that one is watching.

The release of the new episodes of the series that a user is following is displayed as an alert on the home screen of the user. The service also uses the preferences of the viewer and makes much required show recommendations too, which is a myth for the cable TV subscribers.

PAY ZERO FOR YOUR LONG HOLIDAYS

The cable TV operators used to charge a hefty sum as the termination fees of the connection. This made the users helpless especially when they went out for a month or so. So they generally chose to pay the monthly fees instead. But Hulu and Netflix subscriptions are quite flexible in this context where the users can cancel their subscription quite easily if they do not like the content. The subscription fees fall within 10 dollars.

A CINEMATIC RELIEF FOR THE RAINY DAYS

The Netflix and Hulu users can enjoy the services as long as they have a running internet connection. Unlike the cable services which were interrupted by bad weather and hindered the viewing experience, Netflix and Hulu keep you entertained all the time you need. Simply their streaming app from the play store or app store and enjoy.

The internet streaming services like Netflix and Hulu have a few limitations as well. Not all the channels one could get on the cable TV are available on the Netflix and Hulu. Especially the sports channels fall out of the Netflix. If it is the games that keep you entertained most of the time, you need to have an additional cable connection. Apart from these, the perks associated with the internet streaming services are huge.

Netflix and Hulu have been gaining stardom and would someday conquer the whole market by making the required additions to the existing system. It is time to switch to one of these if you are a movie and TV series buff and dream of a best movie watching experience.

Your Guide on Starting a Dental Practice

7 Ways You Can Keep Your Gadgets Dust Free