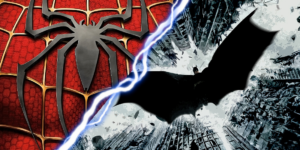 Ever since the birth of the first superhero, in the late 1930’s, there has been an ever growing hype around the masked fighters for justice. Where at the beginning, comics and superheroes were only something for young boys, now it is an enormous marketing machine with all industries trying to cash in on the hype. From Airlines to toys, from doorknobs to curtains, there is hardly a product you can’t find with a superhero branding. In fact, even some online gaming platforms have been riding the wave, featuring superhero games on their site such as Batman and Superman.

All the superheroes we know today, found their origin in a DC or Marvel comic book.

The two publishers see themselves more as competitors than rivals. DC , the older of the two, actually helped Marvel get on its feet in the 60’s. Since then their relationship has had its ups and downs, sometimes with them mocking each other’s superheroes, like Marvel featuring “Gnatman and Rotten”; or a few nasty jabs at their editors, like when DC portrayed Stan Lee as the Funky Flashman, making fun of his toupee and beard.

With all due respect to the comics and their creators, licensing is where the money is. While comic book fans have their own metrics for the “best” superhero, global retail sales decide who is the best for the license holders. And if you take a look at the numbers, Marvel’s Spider-Man is leading the sales lists, with DC’s Batman coming in second, although many believe him to be the more popular hero among fans.

For the time being Marvel is doing a better job in the sales department than DC, although their character movie rights is short of a mess. Even Marvel executives have admitted that DC has the better heroes, with the likes of Superman and Batman, but are not doing enough to promote them. Others believe that Marvel’s current success, and popularity, is due to crossing over universes in its movie franchises.

Marvel Studios started connecting the stand-alone hero movies to a bigger, unified story, that is supposed to find its climax in the upcoming Avengers: Infinity War movies. A smart move, making the other movies, be it Guardians of the Galaxy, Doctor Strange or Thor a must see for fans, and adding a whole array of characters to the marketing machinery.

DC, if not a little late, is also following the crossover strategy, starting with Batman vs. Superman. Alongside the main protagonists, Superman and Batman, DC is introducing other heroes like Wonder Woman, Aquaman and The Flash to the storyline, following up with standalone movies, building up suspense for the upcoming Justice League movie.

The DC universe is competing well on the movie front, but they are still far behind their potential when it comes to marketing. For me the ultimate superhero is Superman, and he doesn’t even make it on the podium when it comes to licensed product sales. A dark and potentially evil Superman might appeal to moviegoers, but apparently it is scaring away the kiddies, who buy most of the products. Another disadvantage DC has is the number of heroes they can market, seven or eight at the most, compared to the dozens of prominent characters Marvel has.

For the time being the battle goes on and nothing is decided. Both sides have a lot of highly anticipated and promising movies coming up. Marvel might have the numbers on its side but I personally believe that at the end of the day Superman and Batman will always prevail.

How to Pimp Your Party

Straightforward ways to Save On Car Insurance Today