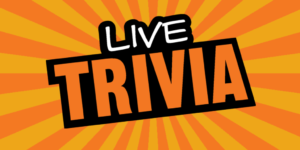 Trivia game shows have been around for several decades – they delivered interestingly entertaining content to TV beyond traditional programming. However, the popularity of trivia game shows started to wane over the last decade because fewer people are watching TVs as a generational trend see most millennials, Gen X and Gen Y choosing to spend time on their mobile devices. The arrival of social networking apps such as Facebook, Instagram, Twitter, and Snapchat also hastened the shift into on-demand entertaining and original content.

The resurrection of live game shows on mobile

Interestingly, the debut of HQ Trivia on August 27, 2017 marked the start of a new era as trivia game shows found their ways to mobile devices where they quickly captured the attention of an easily-distracted demography.

HQ Trivia’s value proposition is simple – download the app and play for free, games hold twice daily, a live host reads out the questions and the options are displayed on your phone screen, missing a question eliminates you from the game, answering all 12 questions correctly earns you the right to a slice of the price money with other smart people that made it to the end. Since its debit last year, HQ Trivia has consistent garnered about one million players during each episode – it occasionally records much larger numbers during special game sessions with bigger prize pots.

That’s Right! is another interesting live trivia game show that is offering a uniquely different value proposition. That’s Right provides players with a chance to make money either by trusting their knowledge or testing their luck. During each game session, all players are automatically issued raffle tickets and entered into a raffle draw where they get to win money at the end of the game. When the game starts, each question that you answer correctly earns you more ticket to increase your odds of winning in the raffle draw.

The good thing about That’s Right is that you are not disqualified from a chance to win money if your miss a question at any time during the game. At the end of the game, players who answer all the questions correctly will share the prize money and then all players stand a chance to make some more money from the draw.

Social media firms are starting to pay attention to how they could get their foot in the door for live trivia games. Last month, Facebook revealed that it will now allows creators on its platform to launch their own live game shows using the Facebook Live feature. The live game show will start with partners such as Business Insider, Fresno, and Buzzfeed. Going forward, Facebook will allow all creators with a Facebook page to start their live game shows.

Interesting, Facebook has refused to admit that it is starting the live game shows in response to the growing popularity of games such as That’s Right and HQ Trivia. In an interview with TechCrunch, Fidji Simo, Facebooks’s VP of video product observes that apps such as HQ Trivia are “part of a much broader trend that is making content interactive. We’ve seen that across much more than one player.” He went on to note that “video is evolving away from just passive consumption to more interactive two-way formats.”

It would be interesting to see how other social network platforms such as Twitter, Instagram, and Snapchat respond to the growing influence of live trivia games.

The Most Suitable Floors for a Kitchen

Rajasthan: A Land of Festivals and Colours