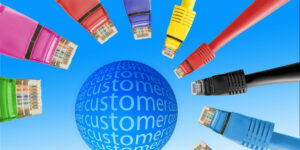 In recent years, the cable industry has witnessed momentous changes, including umpteen mergers and launch of various services and products. These changes redefined the competitive boundaries of the industry and brought about several new enhancements to the way we stream television contents. Moreover, while some cable companies gained attention because of their pocket-friendly offers, a few still managed to maintain their stronghold in the market by providing better quality services, but at a comparatively high rate. There are some popular cable TV companies that are known for their best and worst services.

One of largest cable television service providers, Comcast has been facing huge competition from the likes of Charter Spectrum, AT&T, Verizon, Time Warner, COX, HughesNet and Frontier. Despite a long list of cable companies, there are only a few that are being preferred by most consumers. Here, we will compare Comcast with some of the top cable companies and assess which is one is a better deal for consumers.

It can be really tough to decide between Comcast Xfinity and FiOS by Verizon as Comcast is the largest cable service provider and Verizon is the largest fiber optic Internet service provider. So, both have some strengths and weaknesses. Due to fiber optic communications network, Verizon provides five times higher upload speeds than that of a conventional cable network at a reasonable price. Further, the best thing about Verizon is that it doesn’t put any data cap on its Internet service.

While Verizon FiOS Internet offers better features, it is a bit expensive as compared to Xfinity Internet, which mostly offers pocket-friendly plans. Plus, Comcast Xfinity covers most of the U.S. states, whereas Verizon Internet is available only in 9 states; thus, its Internet connectivity is geographically limited.

While Spectrum Internet service offers a speed of 60 mbps or 100 mbps, Xfinity’s base plan offers 25 mbps of speed. Nevertheless, Xfinity service does offer Internet boosters that allow customers to access Internet speed 150 mbps and with further upgrades, users can avail a speed of 30 mbps which is quite faster than the Spectrum’s speed. If we talk about the cable television services, then for all the operators, the channel lineup is almost similar. Yet, the distinguishing factors between Xfinity and Spectrum could be the number of channels and pricing for premium channels.

The base package of Xfinity offers almost all popular broadcast and cable network, while Xfinity includes various random channels. Plus, Spectrum provides HBO and Showtime, while there is no movie channel even in the mid-level tier package of Xfinity TV.

If we have to choose the best available combination of TV and Internet services, then opting for Comcast Xfinity would definitely be a win-win situation as its Internet speed is faster than that of AT&T. Unlike AT&T, which uses digital subscriber line, Comcast uses cable technology for Internet; hence, a better choice. But, Comcast can only be a better deal if we consider TV and Internet as a combo. However, if we have to consider TV or Internet separately, then AT&T U-Verse is undoubtedly a better deal.

Don’t make a prompt decision. Just analyze various offers and choose the best that suits your need and pocket.

5 Tips to Improve the Performance of Your MacBook Pro