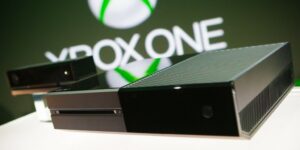 Xbox One is the eighth generation video console which has been developed by Microsoft. Xbox One was announced by Microsoft in May 2013. Xbox One is the successor of Xbox 360 from the Xbox family. The Xbox One got released in Australia and Europe in November 2013. The Xbox One got released in Japan, China in September 2014. Microsoft has tried marketing the whole Xbox One console as a total home entertainment setup. Xbox One is basedon the x86 architecture,and it also features an AMD APU. The console has been made compatible with all the cloud computing,and it also supports streaming services like Mixer and Twitch.

Storage is an important factor when you are a regular console gamer. The Xbox one comes in a 500 GB model and a 1 TB model. If the storage is getting full or you want to upgrade your storage, then you need to look properly before you make a purchase.

The fastest hard drive for the Xbox One

These were the list of hard drives that are very well compatible with the Xbox One Console. Gamer or users can use any of the hard drives wishing on what brand they are looking for and how much money they are willing to speed and also on how much storage do they need for their console. The buyer should always look for the best deal available in the market where they will get the maximum storage for the best price of their product. However, the best deal sometimes will not get you what you are looking for. If the data transfer speed is going to be a matter for you because this will be reflecting on your game loading time.

Pros of having a Seagate Game Drive Series for Xbox

The best thing about the Xbox Game drive by Seagate is that it comes with an Xbox Game Pass. Xbox Game Pass is a must-have gaming subscription for the Xbox which has almost 100+ games.

How to Spruce Up the Outside of Your Home