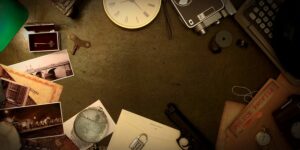 For many years, adventure games have been prevalent in the gaming arena. Many gamers have found adventure games to have similar characteristics to watching a movie or reading a book. This genre can be ideal for thoughtful and engaging people who love challenges.

Adventure games are all about exploring worlds, solving puzzles and unfolding stories. Whether you are traveling the globe in Broken Sword or making the most out of Sacramento’s live escape room adventure, you will come across unexpected fantasies, mysteries and experiences that you will never get in other genres.

Adventure games are primarily based on puzzle solving within a narrative framework. There are three general characteristics that are always present in adventure games:

These games are also known as ‘point-and-click’. These games feature limited animation, pre-drawn backgrounds and old school graphics that are cartoonish in style. The games are in third person.

These are adventure games rendered from a first-person perspective. However, there was a dramatic progression in the classification over time. Early games had a feel of interactive slideshows whereas later games employed pre-rendered panoramic visuals.

These are the game which employs considerable use of photo-realistic images or full motion video. These game tended to be highly popular since its inception but cost and technology acted as an obstacle to its progression.

We are in an era where fully 3-D adventure games are a norm. The action-adventure game format has now been gaining popularity at a rapid pace. A sub-genre of the category named environmental narrative games emerged in recent times which emphasizes on storytelling and exploration. Gabriel Knight 3 is one popular example of such category.

Above was a description of what adventure games are and the different kinds of it. It is important to understand the details for all the avid gamers out there.

5 Things To Consider When Choosing A Cosmetic Dentist