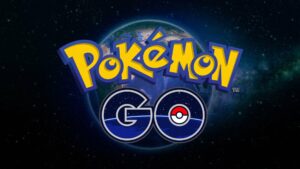 Ever since the game Pokemon GO came out, people have been going crazy over it. It has been a huge success and we are having a lot of fun playing and catching Pokemons and reliving our childhood through the screens of our phones. Catching Pokemons in this game is not that easy though, it requires legwork, patience and concentration but we have compiled a list of 5 hacks that will help you catch more Pokemons and grow your collection!

Get Pikachu as your First Pokemon

As you know when you install the game and play for the first time, three Pokemons which are charmender, squirtel and bulbasour appear somewhere in the neighborhood where you are so can catch them and begin your Pokemon journey. You can catch only one of these Pokemons and when you do the other two disappear. There is a way you can catch Pikachu instead of these three Pokemons and start off with the coolest Pokemon there is in my opinion. For this, when you install the Pokemon GO game on your phone and the three starter Pokemons appear, do not go and catch them right away. You will need to circle around the block, go back and forth several times on a road and you will see a new Pokemon appearing, Pikachu. Catch it and start off your journey.

There is a way you can use spare time to your advantage. As you know when you travel the eggs hatch but the game is clever and you will not be able to trick it into believing that you are chasing Pokemons if you are in your car going 50 km per hour. The app only counts walking, running or biking speeds as a valid speed limit. However you can use the time you spend in traffic jams to your advantage. When you are stuck in a dense traffic jam, the speed at which you are going is similar to biking or walking speeds and will do the job without counting as foul play.

If you are playing Pokemon GO your end goal is catching most Pokemons. In the game, Pokemons are more likely to spawn in areas where there is dense cell phone traffic so everyone has a fair chance of catching them and you can use this to your advantage and catch more Pokemons. If you live in a highly populated area then it is even better because there will be more Pokemons. If you want even more Pokemons, go to a tourist destination or a monument and you will find even more.

Make it easier to catch Pokemons

If you have recently been playing Pokemon Go you will know how hard it is to catch a running Pokemon, just wasting Pokemon balls without catching anything. If you want to make it easier to catch Pokemons, turn off the augmented reality aspect (AR mode). Yes, I understand that it is one of those things that make this game fun but if you want to play smart and catch most Pokemons, this will prove to be a smart more. Also, if you are struggling to aim right on the Pokemons and are missing many Pokemon balls in the process, just hold anything straight (like a ruler) on your screen and assist your finger to swipe straight on the Pokémon’s head.

Use TUTUApp to catch ‘em all

If you want to get a significant advantage in the game and beat everybody then TUTUApp Pokemon Go is the way to do so. TUTUApp is a third party app store which provides paid apps and games for free. It also has one of the largest collections of hacked apps and games. This version of Pokemon Go has many perks. It allows the in app avatar to teleport from one location to other. You can track the exclusive Pokemons and catch them. You get infinite supply of Pokemon balls that you can use, you do not need to go to any poke stop, ever. This app makes it very easy for you to have a large collection of Pokemons at your fingertips

Seven Productivity tools that are must have for online marketers

How do bearings work?