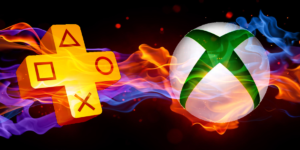 Just dug up this old article, and after nearly 4 years there is nothing new to say.

This is our very subjective comparison of the two boxes, and we have provided some links to similar charts from other sites.

So, you can argue on what basis?

I am kind of repulsed by the notion that game consoles are living room experiences. Meaning they are family fun. For about one or two days after Christmas then, real life sets in. Game consoles are for gaming. The ads and the audience and the money is in blowing crap up, getting online and teaming up with other gamers to blow stuff up, and that’s the way it should be.

You want to have a living room experience, you can visit me at my aunt’s house on Thanksgiving at around 4 pm. You’ll be lucky to find anyone over 40 who is still awake.

Here is the pointless comparison table smackdown. Enjoy, but instead of trudging through the reviews, just pick one and go out and play, dude:

Why All Marketers Should Learn To Code

How to create a blog and make money from it too?