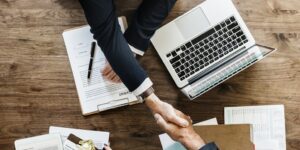 The Boston Red Sox are on a roll. Just months after a dominating performance to beat the Los Angeles Dodgers to claim the 2018 World Series title, the Red Sox have officially become the first MLB team to ink a deal with a major US gambling conglomerate.

MGM Resorts International has announced a multiyear agreement to serve as the official and exclusive resort and casino for the World Champions Boston Red Sox. This is the first such deal that involves a Major League Baseball team. It’s noteworthy that several teams in other US professional sports leagues (NFL, NHL) have already aligned themselves with gambling interests. Ever since the US Supreme moved last May to remove the ban on sports betting/online sports betting, it’s been a real feeding frenzy as groups like Golden Nugget, MGM, 888 and Caesars International have been aggressively seeking partnerships with teams and leagues from most US professional sports.

This new partnership seems to be a natural progression, considering MGM became the official gaming partner of MLB late last year. Under the terms of the new deal, MGM will get access to put advertising signage behind home plate and on the world famous “Green Monster” (left-field wall). They will also get the opportunity to offer VIP fan experiences that could include player introductions, facility tours and VIP seats to key games during the year. Finally, MGM Resorts International will host the Red Sox annual Baseball Winter Weekend event, which is scheduled to be held at the MGM Springfield Casino.

In a press release, MGM Resorts Chairman and CEO Jim Murren stated, “We are excited to enter into this historic partnership with the Boston Red Sox. Combining the two iconic brands of the Red Sox and MGM Resorts will create a new one-of-a-kind fan experience for baseball fans unique to not only New England and MGM Springfield, but the rest of the country.”

On behalf of the Boston Red Sox, Red Sox President and CEO Sam Kennedy added, “This is such a natural partnership for our two brands. MGM has set the standard in the hospitality and entertainment industry and their recent expansion into the Commonwealth makes them a clear partner. We are thrilled to welcome them to the Red Sox family and look forward to a long collaboration.”

Baseball fans can expect to see a number of these important sponsorship deals being signed in the coming months. The marriage between the gambling industry and professional sports is a natural and one that is sure to benefit all parties, including sports fans and gamblers.

For the leagues and the teams specifically, the financial boost they will receive from these sponsorship deals will likely help offset the rising costs of signing professional athletes. Thanks in large part to the cooperation between legal bookmaking providers and the leagues, issues related to maintaining the integrity of sports are being properly managed, allowing sports gambling enthusiasts to legally enjoy what they have always been enjoying (through offshore bookmakers), betting on sports.

Aviv Hadar – The Iron Man of the Cannabis Industry

The Link Between Good Health and Success