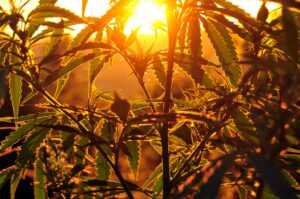 For a tech genius who achieved many instances of successes early on in life, Aviv Hadar had no reason to suddenly shift gears and venture into unexplored territory. Yet, the 2012 developments that led to the legalization of cannabis in Colorado State, did just that. Suddenly, marijuana was not just something that Hadar was interested in as a hobby, it was something that would change the course of his life in the years to come.

Hadar, an Israeli immigrant in the United States, dropped out of college early on to focus on his entrepreneurial leanings, a decision that would not go in vain. He founded Think Brilliant Media Studios, now famous as the one that conceptualized the “I’m With Coco” campaign. He would also be known as the founding member of the world’s first Kickstarter campaign that would raise more than a million dollars, which would eventually also lead him to found SoulPancake – a successful content creation company that currently has over 3 million subscribers on YouTube.

In 2012, while closely following the news of Colorado’s impending legalization of cannabis, he realized its potential as a business. In 2014, following the passage of Measure 91, he approached the Oregon Liquor Control Commission to speak about the legislation. He won the inaugural High Times Political Trailblazer Award the same year, for doing so. “For me that is a historic thing that I am always going to be proud of,” Hadar mentions, “But my biggest success is being rewarded by this industry that I feel that I really helped build.”

And thus, Oregrown Industries was born. Oregrown has a production campus spread over 84 acres with at least 40,000 square feet of flowering cannabis in production at any given time. The campus wholesales cannabis products to hundreds of stores. “I’m very happy that we’ve been able to transition from a hobby business that three friends who have known each other for 20 years started into a legit corporation,” Hadar says. “Without being too bullish, I fully anticipate us being the number one brand in Oregon within 12 months. And we will be in California in the next six months or so.”

Hadar was not too far from the truth, because in the few short years since its inception, Oregon’s premium farm-to-table cannabis company was making waves. It won the Best Dispensary in all of Central Oregon three years in succession, was voted Best Place to Work in 2017 by The Source Weekly and was even crowned Startup of the Year in the same year by the Bend Chamber of Commerce. His own personal list of achievements are far from ordinary – he is a founding member of the Oregon Cannabis Association, a role through which he has contributed heavily to the industry. He is also associated with the Oregon Liquor Control Commission (OLCC), the same outfit he testified to, and the National Cannabis Industry Association (NCIA).

As someone who already had a string of technical successes to his name, his desire to monetize a hobby would not have come as a surprise to those close to him. Yet, in an industry that was newly legalized and one that could be fraught with setbacks, not to mention the bad rap it carried as a ‘gateway drug’, Hadar’s move to start Oregrown needed nerves of steel. There are very few instances of monetizing ‘hobbies’ enough to build a successful empire out of it. Aviv Hadar’s story is one of them. It is no wonder then, that he is known as the Iron Man of the Cannabis Industry.

Steps to maximize the Returns on investments through e-commerce spying