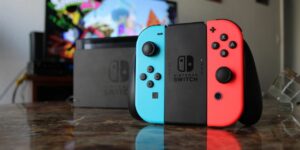 This week Tencent and Nintendo announced a partnership to bring the NVIDIA Tegra based Nintendo Switch to China and I think the implications are fascinating.  Video games are huge around the world but, in China, game consoles just haven’t been a thing. Much of this is because Sony was the predominant driver for most of the Asian market but, being Japanese, wasn’t very popular in China and Nintendo has that same problem.  Even Microsoft hasn’t penetrated this market much which leaves it open for either a new game platform or one of the existing solutions to get creative.

Well, that happened this week Tencent, which is kind of like Amazon in China, will be backing Nintendo’s move into China and Nintendo, using NVIDIA’s Tegra technology, will provide a Chinese market version of their Switch offering.

There are several interesting parts to this announcement; let’s talk about a few of the most interesting.

Tegra Is A Player

The Switch is a mobile/tablet-like product and the Nintendo Tegra technology is what provides much of the system’s core graphics performance.  China is a relatively open market in that hardware-accelerated game systems and games aren’t currently very well penetrated. In addition, China is where a lot of the mobile products are built regardless of where their parent companies reside.  Moves like this are watched and it should open the door for other opportunities for NVIDIA in mobile offerings, robotics, and other projects that require graphics performance. As a result, this is a far bigger potential win for NVIDIA than most likely realize because in makes Tegra not only more visible it will make it part of more conversations with those building the next wave of products in China.

Tencent is one of the most powerful companies in China and that means they can become a king maker for other brands.  They just haven’t really stepped into that role. With this announcement, they are stepping fully into the king maker roll and that means there are other brands that will look to this company to help them penetrate the Chinese market.  Markets like China and the US need a lot of in-country expertise to be successful and this effort will also showcase just how good Tencent is at providing that expertise. If executed well, this will substantially raise Tencent’s profile outside of China and, given the concept of reciprocity, should also help the company move out of China.   You would think that part of any deal with Tencent and a major brand would be reciprocatively helping Tencent outside of China helping Tencent become more of a worldwide brand.

Nintendo is very much an outlier in the video game space in terms of hardware and market approach.  Their Switch offering is really the only portable gaming console in-market at a time when mobile is one of the biggest movements in the technology segment.  Given this, the company doesn’t get the recognition it deserves. But China is a massively powerful market and, as noted, it is where most technology products are built.  If Nintendo can gain a leadership position in China, which is likely with Tencent’s backing, this increases the probability they can grow to a leadership position again in the rest of the world.  Also, by setting up a partnership model that works, and could be replicated in other geographies, they are gaining critical growth skill that should also help them increase sales. Granted a lot of this will depend on the creation of compelling Chinese market content but that is in plan and Nintendo has a decent reputation for developing good targeted content.

There are a lot of interesting things to parse regarding this Tencent, Nintendo, NVIDIA announcement.  All three companies are enhanced by this move. NVIDIA’s Tegra moves back into the limelight in a place where much of where it might be used is being conceived and built.  Tencent is enhanced and a King Maker and should be able to leverage the related relationships into a better global position. And, Nintendo, is in a better position to take market leadership in the console space with an offering that frankly should be doing better in market.  It’s a win, win, win which you don’t see that often. I think that is fascinating.

Smardis by Oren Giditz: Taking Call Center and Technical Support Services to the Next Stage

China’s Blockchain Strengths: Can the US Catch Up?