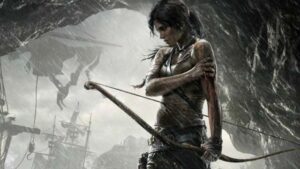 While we still don’t have a great video game movie, the closest one that’s ever come to being remotely decent has to be Tomb Raider with Angelina Jolie. With the game being rebooted, you’d figure there would be another Tomb Raider movie, right?, and indeed, there is one in the works at MGM.

As Gamespot tells us, the new Tomb Raider film will be written by Evan Daugherty, and the plot will reportedly have a younger Lara Croft. Daugherty is also the writer of Teenage Mutant Ninja Turtles, Divergent, and Snow White and the Huntsman.

Apparently this movie will follow the plot of the rebooted game, featuring Croft going on her first adventure. So like a lot of movies these days, especially reboots, it will apparently be an origin story.

We at TG take this as sign that Hollywood’s taking video game movies more seriously, and we hope they can make a big turnaround, much like comic book movies did fifteen years ago. All it takes is one to spark the fuse, we actually think the World of Warcraft movie could be the big one, and while we’re not sure about this planned Tomb Raider reboot, if it follows the new incarnation of the video game, it could turn out alright.

And as Gamespot reminds us, the next Tomb Raider game, Rise of the Tomb Raider, is coming to Xbox One and Xbox 360 this fall.