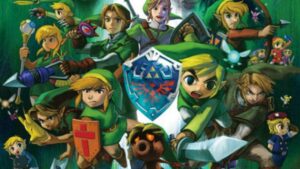 Longtime TG readers know we’ve lamented the fact that we still don’t have a great video game movie out there, and we’re pinning a lot of hopes on the World of Warcraft movie, which is due in 2016.

Yet there’s also great hope that great video game adaptations can be done through webisodes and cable, and there’s apparently an adaptation of The Legend of Zelda in the works for Netflix.

Variety and The Wall Street Journal tell us there is a Zelda series in development, and while neither company would confirm or deny any of this, this news has been surfacing at the same time that Netflix is getting ready to start in Japan.

As we also know with Netflix’s upcoming Marvel adaptations, as well as its big movie deal with Adam Sandler, the company is looking to create its own original material, and they’re hoping to be a powerhouse in this regard as well. Not to mention it looks like Nintendo is hoping to test the waters again with adapting their games. And why not? After all, it’s been a long time since the disaster of the Super Mario Brothers movie.

A Zelda adaptation could make a hell of a show, especially with the neverending popularity of Game of Thrones, the only regret is that Robin Williams isn’t here to be a part of it. (Williams was a major gamer, and named his daughter after the game.)

Battlebots to Return this Summer