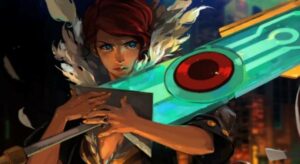 The Grammys have always been famously out of touch, probably even more so than the Oscars. But now it’s been brought to our attention that music for video games has been passed over by the Grammys, and maybe it’s time for people to realize video game music has greatly evolved.

As the L.A. Times reports, “Since 2000, the Recording Academy has allowed video games to vie against top-flight film and TV series in its visual media category. Only one problem: Not enough people to vote for them.” In fact, in the last fifteen years, one video game score got nominated, Journey.

The Times points out there were three strong games that could have been nominated this year, Transistor, The Banner Saga, and Destiny, and none of them got enough votes to get Grammy consideration. In fact, Darren Korb, who composed the soundtrack to Transistor, submitted the score to the Grammys himself.

“You basically just have to lobby for your music,” Korb said. There’s a big struggle for exposure for independent artists as far as the Grammys go, and it’s occupying a space in a category with Frozen, Guardians of the Galaxy and stuff like that.”

Varonis Could Have Prevented North Korea from Getting Sony CEO Fired