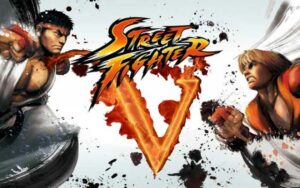 If you dig Street Fighter, Street Fighter V is coming, and according to one report, the distribution model is different this time, eschewing Xbox One.

Cinema Blend tells us that the fifth Fighter will be “exclusively on PS4 and PC,” the second time that the company Capcom put out a game that’s going to PS4, but not Xbox One. Yet Blend also speculated it could eventually move on to Xbox One after it’s released to PS4 and PC.

Blend also mentioned the possibility that Fighter 5 could be a free to play game as well. The producer of the game told the site, “If you look at fighting games as a competitive sport, some would say the more players there are the better. Going with a free to play model would lower the initial cost, which is one of the main positives about it.”

The trailer for Street Fighter 5 will debut at a Vegas event, PlayStation Experience, and some leaked graphics for the game look pretty cool, and we’re curious to see how it fares with today’s gamers when it’s unleashed on the world. (No official release date yet, but we’re sure it will be dropping soon.)