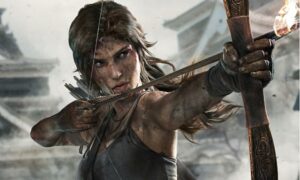 The Daily Beast tells us this is going on in Sweden, and like the PMRC, it’s going on through a government funded agency called Vinnova, and it’s no surprise that this system is going forward in the age of Gamergate, where sexism against female gamers has reached a sickening peak.

As Engadget reminds us, there’s reportedly more female gamers out there in the world than men these days, which may be why Sweden is rating games, and also doing testing to see if women are being treated fairly in gaming. (Oddly enough, according to this report, only 16% of the female workforce in the country works for the gaming industry.)

As we just reported on TG, there’s going to be a special edition of Grand Theft Auto V, where you can have virtual sex with hookers, but with GTA, you know what you’re getting. Women have certainly come a long way in gaming, Lara Croft comes to mind, and it’s great that more women dig gaming than ever.

While we’re not nuts about games being labeled, because labeling can be the first step of censorship, a test that makes sure that women are getting their fair shake in games certainly sounds interesting, and we’re curious what kind of results could come from it.