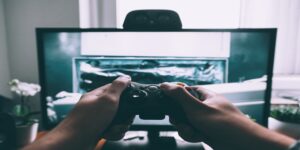 Flash games may not have a long story mode or impressive graphics, but there is no denying the fact that their gameplay have a charm of their own, especially when you’re exhausted from work and fancy console games are not within the reach. At that point, these flash-based games are a medium to release the stress. The best part is that these free online games don’t require downloads; all you need is an active internet connection and the latest browser to enjoy them. Here we have compiled a list of 10 best browser games, which you should definitely try.

At first look, 10 Bullets seems like a regular retro shooter game, but there is an interesting catch. The player is given only 10 bullets to destroy the space crafts and once the space craft is hit, it causes a chain reaction which in turn destroys more air ships. After all the bullets are used, the score is displayed on the screen, which you can also share online. Play 10 Bullets at Friv.com.

Agar.io is one of the most popular flash games on the internet, and it is also available on iOS and Android. The game is fairly simple; you start off as a small cell, which can be moved with the mouse, and the goal is to eat other cells in order to grow larger. However, if a cell larger than yours appear in the game, it can eat you consequently ending the game. You can also connect with your friends on social media and play together.

For those who love action and violence, Zombie Avenger is the right pick. Your town has been infected with a disease and zombies have taken over it. You have to leave the town and eliminate the source of zombies. The controls are simple and you can point at the zombies with the mouse. Moreover, the game features different guns to enhance the overall gaming experience. Try Zombie Avengers today at Juegos Friv.

If you have been a fan of Temple Run and Subway Surfer, then you will surely love Canabalt. It is an endless running game where the player has to press keys to jump over obstacles and sprint across rooftops, houses and buildings. You can also play it with your friends using a two-player mode.

For old-school Nokia users, Snake used to be their favorite time kill activity, and now, it is available as a web browser game. The rules are straightforward; you start off as a small snake and you have to eat the small dots to grow in size. However, you cannot touch your own self, else the game ends. Playsnake has three game modes; Slug, Worm, and Python. The Slug mode is for beginners, Worm is for those who have practiced a little, while Python is for experts.

8-Ball Pool is definitely one of the most popular Snooker games on the internet, mostly played on Facebook. The best part is that you can play it with any random player around the world, and even compete in different tournaments and earn points, which can be used to unlock new cues. You can also compete in a one-to-one match against your friends. For those who are not aware of Snooker rules, there is a tutorial in the start which teaches you everything.

Cut the Rope was initially launched on the mobile platform, but thanks to the overwhelming response, it is now available on the web-browser too. The aim of Cut the Rope is to feed your pet, named Omnom, who is always hungry. You have to cut the rope in a timely manner, so that the food item lands in his belly.

What Are the Advantages Of folded leaflet printing?